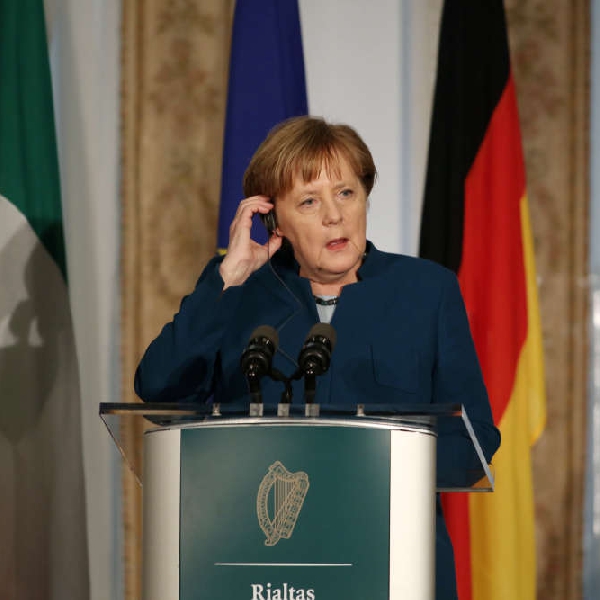 Merkel was Chancellor of Germany for 16 years

The SPD social democrats claimed nearly 26%, according to broadcaster ARD.

Both will now try to form a coalition government.

Berlin based journalist Rob Hyde says many options are possible:

The new leader will have many issues to face at home including climate proofing Germany.

European Politics professor at Maynooth University is John O'Brennan - he says they will also face issues across the EU:

The leader of Germany's centre-left Social Democrats, Olaf Sholz, believes his party has been given a mandate to form a governing coalition.

It's being suggested the socialists' Sholz will emerge as winner, eventually - replacing Angela Merkel after 16 years.

The Social Democrats' chancellor candidate @OlafScholz says it's time for the CDU/CSU to move into the opposition, and allow his party to form a coalition with the Greens and the business-friendly FDP. pic.twitter.com/nQTiTOKBfx

He gave this speech to supporters:

Viola Mattathil-Reuther - a party candidate - believes Sholz is a safe pair of hands: