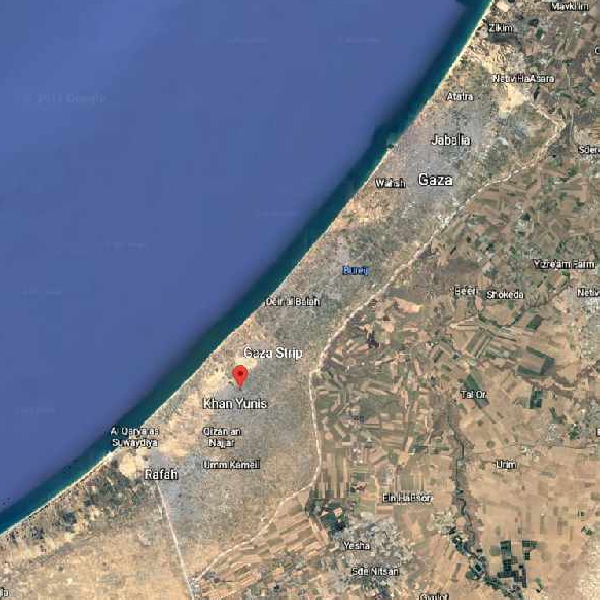 Nearly 120 people have been killed in Gaza and eight have died in Israel.

Protests have turned violent in the West Bank.

The Israeli army says a soldier has shot and killed a Palestinian man who is claimed to have rammed his car into a military post, before exiting the vehicle and attempting to stab the soldier.

Sky's Mark Stone is in Ramallah, in the West Bank, at a crossing into Israel:

Israel has assembled thousands of troops at the Gaza border as the conflict with Palestinian groups intensifies.

The country is preparing for a possible ground operation as air strikes continue on both sides.

The health ministry in Gaza says at least 122 Palestinians have been killed, while 8 people have died in Israel.

Sky's Mark Stone has been at the Gaza border:

Dr Michael Oren, former Israeli Ambassador to the US, says there's been similar fighting before:

LATEST: Israeli ground forces joined in bombarding Gaza on Friday, representing a major escalation of the conflict between Israel and Palestinian militants as they edged toward all-out war. https://t.co/RgaNycYPIr

Middle East Correspondent with the Independent, Bel Trew says Israeli have held off on a ground invasion so far: