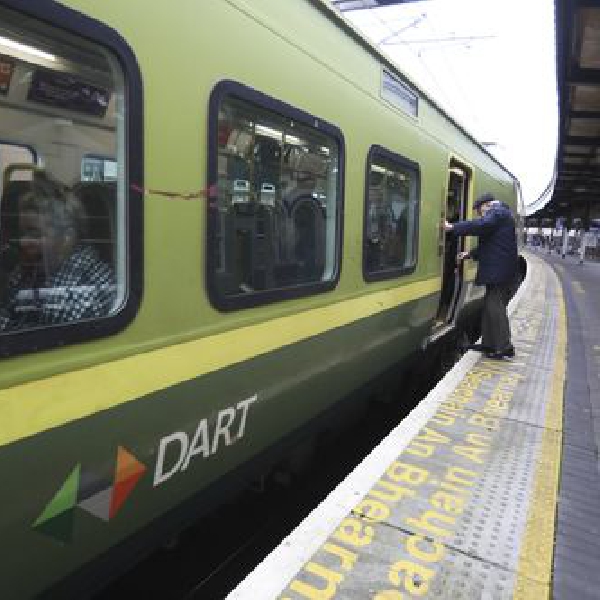 A railway order application for DART+ West is set to be lodged later this week.

Plans to extend the DART rail line from  Connolly/Spencer Dock area to west of Maynooth, Co Kildare and to the M3 Parkway, Clonee in Co Meath.  will move up a gear this week.

It's expected that the DART plus West project will be operational by 2029, improving capacity and doubling the number of services along the line.

The plans include a 40Km of electrification and re-signalling of the Maynooth and M3 Parkway lines to the city centre, to allow more trains operate, and more sustainably.

A new second station entrance will be built on Preston Street and rail capacity enhancements will be constructed at Connolly Station.

Construction of a new station at Spencer Dock will link with a direct interchange for the Luas Red Line.

There'll be a closure of six level crossings and provision of replacements accesses where required for vehicles, pedestrians and cyclists, to ensure increased service frequency does not result in road congestion at level crossings, or impact on connectivity within communities.

It will include the construction of a new DART depot facility west of Maynooth Station, to maintain the new DART+ fleet.

Irish Rail has said the application will be lodged with An Bord Pleanála on Friday.

Members of the public will have from August 5th to September 30th to lodge objections.

DART+ West will provide more passenger capacity, with increases of more than 160%.

Minister for Transport, Environment, Climate, Communications and Transport Éamon Ryan T.D said: “This government is absolutely committed to extending quality public transport to more and more communities, from an environmental point of view, but critically, from a social and economic point of view. Dart+ West will, for the first time, connect established and new and growing communities to the west of our capital city and into Kildare and Meath along a modern, electrified, fast and frequent rail line.

"This is a transport line along which many younger couples and families have made their homes particularly. Dart + West will give these communities a reliable and direct rail connection to the city, and offer an end to the commuting and congestion that too many have had to deal with on roads into the city.

"It will also mean that they can connect with the other light rail, bus and inter-rail options around the city. This is the first of many railway orders to come, which will transform travel in the Greater Dublin area, and help us meet our climate targets," he added.