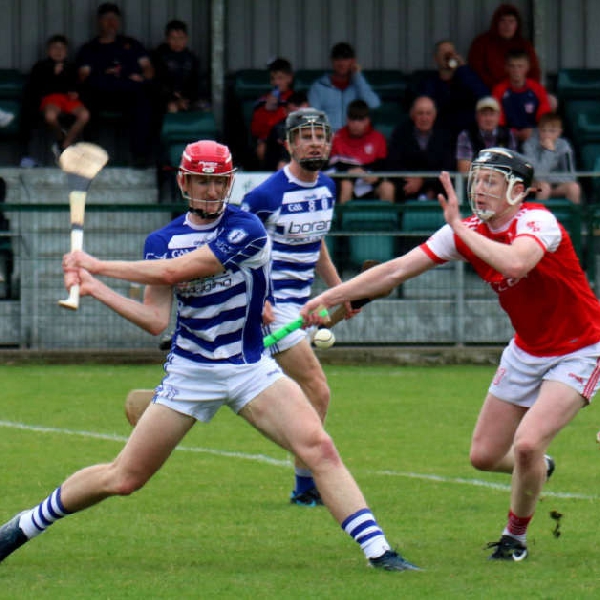 This weekend attention turns to the Leinster Club Hurling Championships.

Naas are in the senior championship facing Offaly champions Shinrone in tomorrow's quarter-final.

The game in St. Conleth's park, Newbridge throws-in at 1.30pm.

KFM will have live updates with Seamus Dillon, on 'Saturday Sportsbeat'.

At the same time tomorrow, Éire Óg Chorra Choill are in the Junior championship quarter-final.

They meet Horeswood of Wexford, in St. Patrick's Park, Enniscorthy.

The game throws in at 7.30pm in Manguard Plus Hawkfield - on Pitch 2 .

Throw in at in Manguard Plus Hawkfield (Pitch 1) at 8pm.

Ireland conclude their preparations today for tomorrow's test against Fiji.

Head coach Andy Farrell has made eight changes to the team, with Athy's Jeremy Loughman set to win his first cap.

Four other Kildare players are named in the match-day 23.

Suncroft's Cian Prendergast could also earn his first cap in the front row - he's named on the bench.

Eadestown's Jimmy O'Brien comes in for his second cap at full-back, with neighbour Tadhg Beirne in the back row.

Sadio Mane could yet be available for Senegal's World Cup campaign.

The former Liverpool forward has been included in their squad for the tournament in Qatar.

Mane is a doubt after picking up a leg injury while in action for Bayern Munich last weekend.

Newcastle boss Eddie Howe says Callum Wilson is a doubt for their final Premier League game before the World Cup against Chelsea tomorrow due to illness.

The striker was named in England's squad for the tournament yesterday after battling back from a series of injury problems.

Padraig Harrington is one shot off the lead heading into the second round at the season-ending Charles Schwab Cup Championship on the Champions Tour.

The Dubliner carded an opening round of five-under-par 66 in Arizona.

The LPGA Tour's Pelican Women's Championship has been reduced to 54 holes.

No play was possible in Florida yesterday due to inclement weather, but it's hoped the tournament can begin today.

They're due to tee off later this afternoon.