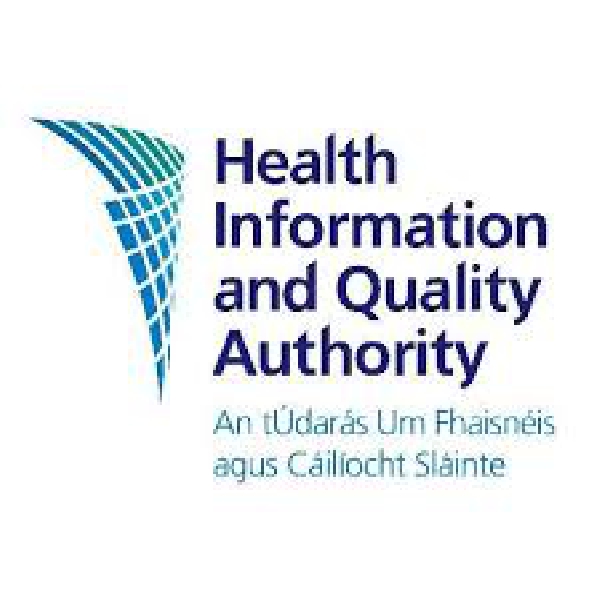 The assessment at Beech Park was unannounced, and conducted on June 17th.

It was inspection on 19 standards, and was compliant on 12, and substantially so on 3.

The nursing home was not compliant on management and governance and, its premises, infection control and fire precautions. 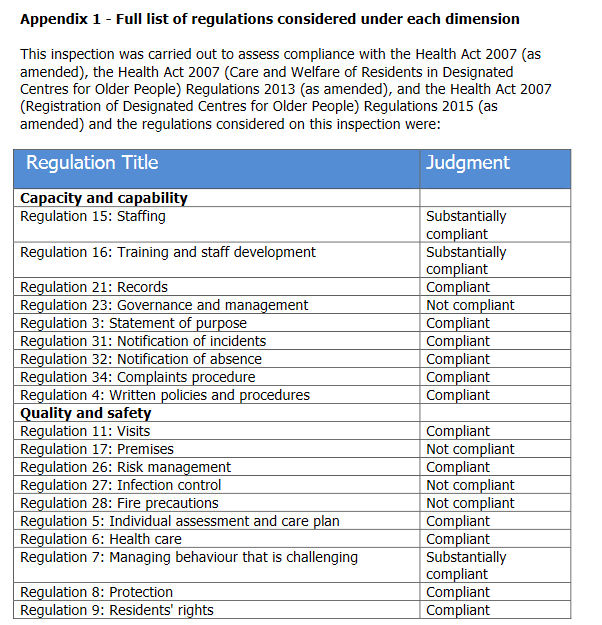 Beech Park Nursing Home has since submitted compliance and action plans to HIQA.

Meanwhile, an inspection was carried out at Larchfield Park in Naas on June 14th.

It was an unannounced assessment, and the facility was found to be compliant on all standards on which it was assessed. 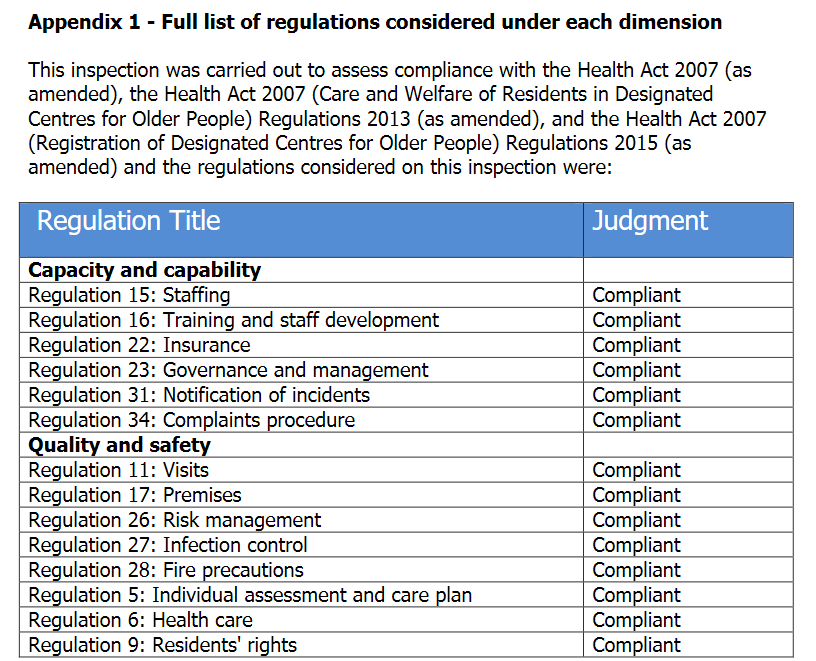