JJ Kavanagh To Scrap A Number Of Bus Routes Across Kildare 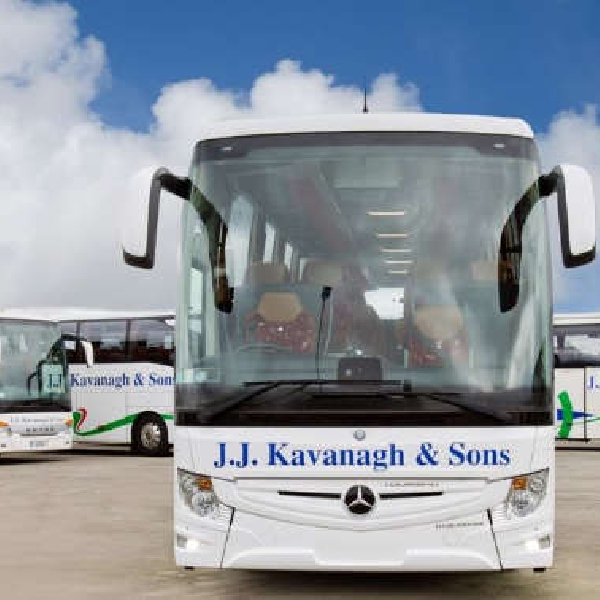 Routes are due to be axed on Friday 1st July.

JJ Kavanagh & Sons bus company plans to cut a number of routes, including the services from Kilcullen to Newbridge, Clane to Naas, and Naas to Dublin Airport.

The company says that the “difficult decision” was made due to low passenger numbers on some of the routes it operates.

The following routes will be suspended from Friday 1st July;

In an announcement on its website, the company said: “JJ Kavanagh & Sons had to make the difficult decision to suspend some routes due to the low patronage.

“Since returning to full operation, the passengers numbers have not returned to the expected levels as previously seen prior to the Covid-19 pandemic.

“With regret we inform passengers that the following routes will be suspended from 1st July, 2022."

The announcement of the termination of the Local Link service between Kilcullen and Newbridge has been described as a ‘bitter blow’ to locals by Social Democrat Councillor Chris Pender.

Councillor Chris Pender commented: “People genuinely rely upon this service to get to work, to get their kids to school, to do simple shopping.

“I have been contacted by so many people over the weekend on this issue, who are absolutely furious that this vital service has been withdrawn.

"They are asking me how they are meant to commute – the 129 service is a necessary route and commuters haven’t even been given a week’s notice to find alternative options.

"There are residential/day support services like The Bridge in Kilcullen, whose clients actively use these buses and it is more than unfair to just pull the routes.

“It is hard to see how we expect our small towns and villages to move forward environmentally away from private car usage if this is the future for many of them.

"Local Link services take cars off the roads and put more people on buses, surely that is the only way forward.

“I've been engaging with JJ Kavanagh and the NTA since I found out and it's absolutely ridiculous that a service like this that so many people are dependent upon is ceasing to exist.

"I am awaiting a formal response from the NTA and will write to the Minister for Transport to call for a full restoration of this vital Local Link," he added.

Cllr.Tracey O'Dwyer, Kildare- Newbridge MD and Cllr. Bill Clear, Naas MD spoke on Kildare Today about the loss of bus services and what it means for the county, listen back here: