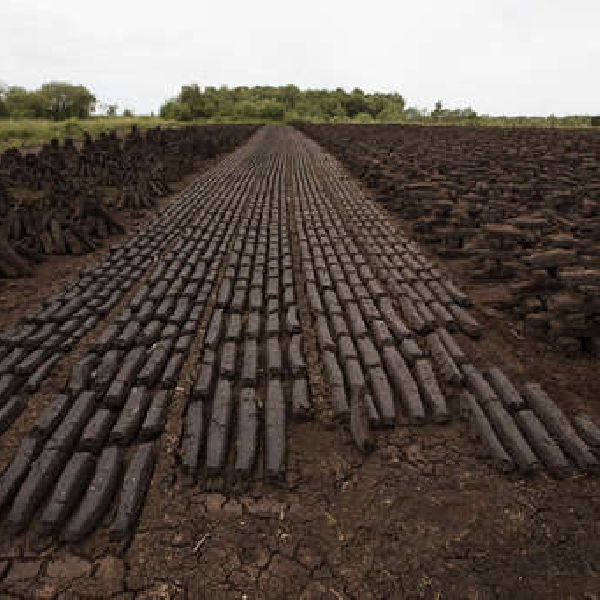 Sinn Féin are bringing forward a motion to scrap the ban on turf.

Sinn Féin TD Patricia Ryan has urged TDs in Kildare South to back a motion the party will bring before the Dáil next week to scrap the upcoming ban on turf.

The ban is due to come into effect from this September and would hit rural communities with no other heating options.

Teachta Ryan commented: "This ban is unfair, unworkable and will punish rural communities in Kildare South with no other heating options.

"There is a cost of living crisis across the country, as energy bills have sky-rocketed and put real pressure on people's pockets.

"Turf has been one of the only forms of heating not to see prices spiral in recent months.

"The Government’s proposed plan punishes communities who rely on turf, instead of introducing measures to support communities in transitioning away from this form of heating in a way that is fair and sustainable.

"Climate action and public health measures are vitally important and it is crucial that the government puts in place workable solutions that can bring communities along, not alienate and punish people.

“I am concerned that the proposed turf ban will hit rural communities, especially older people and households with low incomes, the hardest.

"The government cannot abandon communities who are already at risk of fuel poverty," she insisted.

“While we recognise that it is not possible for the government to fully protect all households from every price increase, the measures announced by government to date do not go anywhere near enough in supporting families and workers, particularly in rural areas, at this difficult time.

"Too many people in Kildare South are struggling to make ends meet and keep on top of their bills while prices sky rocket.

“I am calling on TDs in this constituency Martin Heydon and Cathal Berry to come forward and say if they will back Sinn Féin’s motion or not.

“I am urging all TDs to back our motion next week and stand up for rural communities," she added.