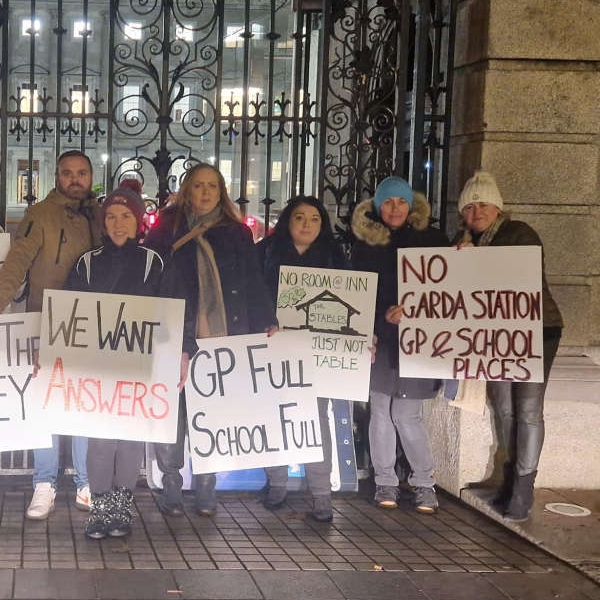 The Kill residents action group to protest at Dáil Eireann this evening, alongside the residents of East wall.

The Kill action group said following a meeting with Minister Roderic O' Gorman, they were promised open lines of communication with the Department, however, residents claim there has been radio silence since.

It follows weeks of protests regarding the housing of Ukrainian refugees at the the former Equestrian Centre in Kill.

Speaking on Kfm Cllr. Fintan Brett said the lack of communication has led to misinformation in the commuity.

However, Fiona Forkan from the Kill action group has said the residents in Kill are getting their information from Cllr.Brett.

Ms. Forkan and a number of Kill residents will convene outside the Dáil tonight at 7pm.