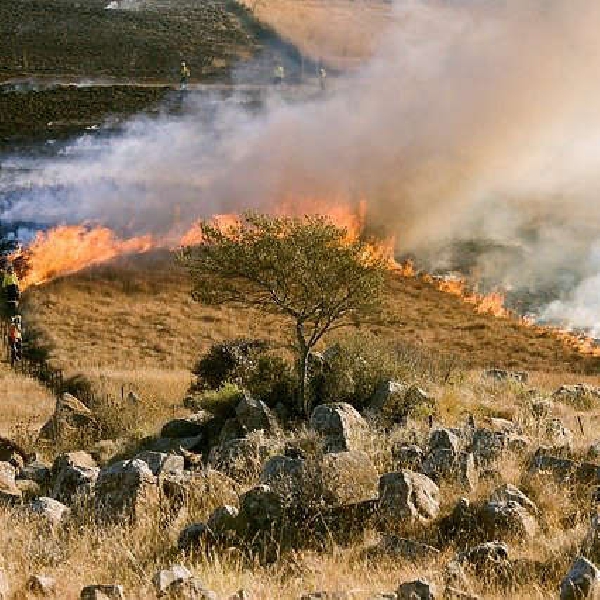 The case was brought before Naas District Court, on Monday.

Two people in Lacken, Wicklow have been fined for burning vegetation out of season.

Mr. Kenneth Balfe and Mrs. Pamela Balfe, landowners at Gap Road, Lacken, Co. Wicklow, both pleaded guilty to the offence and the Judge imposed fines of €1,000 on both defendants.

The case involved the burning of living vegetation during the closed season – an offence under Section 40 of the Wildlife Acts 1976-2018.

The case was brought before Naas District Court, on Monday 3rd October 2022.

A National Parks and Wildlife Service Ranger outlined the evidence to the court, stating that on 17th April 2021, he responded to reports from concerned members of the public that scrub and trees were being burned at Lacken.

The Ranger travelled to the area where he could see smoke and flames beginning to arise from Gorse bushes.

The Ranger talked with the landowners who admitted starting the fire, but denied any wrongdoing.

Judge Desmond Zaidan said that "it was unbelievable that as landowners the defendants would think that burning living vegetation was appropriate and that they wouldn’t know of the restrictions". He went on to fine them €1,000 each.

“I welcome this latest prosecution under the Wildlife Act and would like to remind people that wildlife crime is a serious offence.

"The National Parks and Wildlife Service has never been more focused, or more effective, on tackling wildlife crime. It has successfully closed 25 prosecutions to date in 2022, and is currently progressing a further 44.”