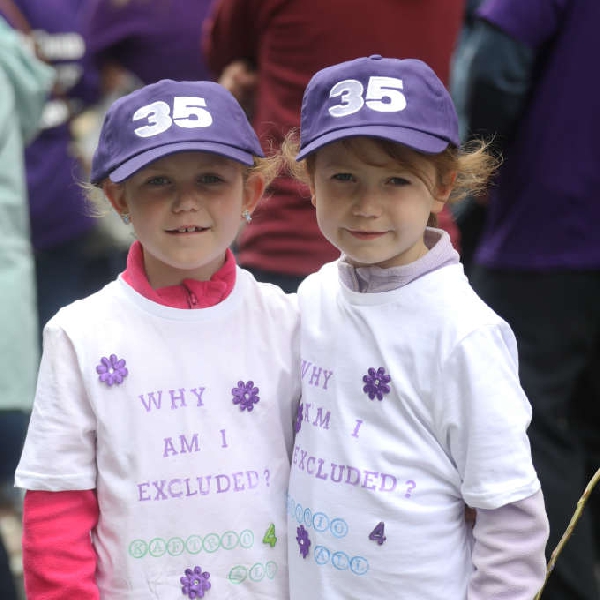 One Maynooth mother of two daughters with Cystic Fibrosis, is continuing her campaign for their access to Kaftrio - described as a wonder drug.

The health of Gráinne Uí Lúing's children, Caoimhe (8) & Fiadh (6), alongside 33 other children living with CF is being seriously compromised.

The children - aged between 6 and 11 - were refused a life changing Cystic Fibrosis drug.

The drug is being provided to children in Ireland, but for 35 children with a particular genotype have yet to gain access, due to a pricing disagreement between the HSE and drug manufacturer, Vertex Pharmaceuticals.

Gráinne notes her youngest child, Fiadh has been on "rounds & rounds of medication" since her children started back at scool.

She noted the 6 year-old "will keep picking up infections" including croup - which Grainne says takes "months & months" to clear.

On Friday's 'Kildare Focus' Gráinne spoke about the work many Co. Kildare TDs were doing to help gain access: