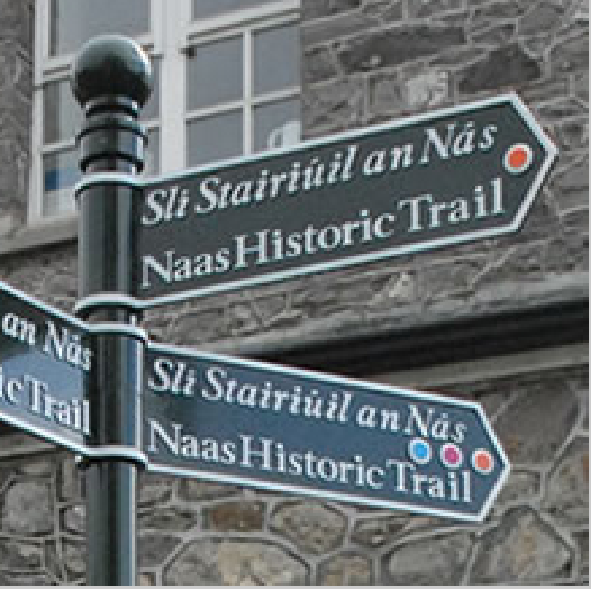 The survey found a Drop-off in PPE litter but a need for action on coffee cups.

The latest survey by Irish Business Against Litter shows Naas again top of the ranking of 40 towns and cities, with Maynooth recording its best ever result in 6th spot.

The study reveals PPE litter is on the decrease, but the prevalence of coffee cups on our streets warrants action such as a levy, says IBAL.

The An Taisce survey for Naas shows just how good the sites were with regard to litter, and also all the other community elements that are clearly in evidence.

Signage indicated ‘Naas Heritage Trail’ throughout the town; Reverse Vending Machine in operation outside Dunnes Stores, volunteer litter picking shortly after 9.00am on a Tuesday morning and the signage re Tidy Towns initiatives relating to historical sites and the local Greenway Cycle (in conjunction with local business).

The survey indicated that a few top ranking sites deserve to be highlighted North / South Main Street was remarkably clean, throughout a very long stretch of road; Naas Lakes – Lower / Middle / Upper is a wonderful waterside amenity which has been attractively landscaped with seating, planting and all associated amenities in very good condition; the residential area of Lakelands was spotless.

The An Taisce report for Maynooth stated: A very strong performance by Maynooth with almost all of the sites surveyed getting the top litter grade and were very well presented and maintained e.g., residential area of Newtown Road, Leinster Street and the large expanse of space at Carton Demesne, Maynooth University and St. Patrick’s College.

The survey found that the most heavily littered site surveyed was the Bring Facility at Aldi.

Two-thirds of the 40 towns and cities surveyed were found to be clean, among them Naas, which retained its position atop the rankings, ahead of Letterkenny and Cavan.

The survey found there was a fall in covid-related litter but coffee cup litter remains high.

The prevalence of PPE masks fell sharply compared to the previous survey, present in 17% of sites examined, compared to 32% in 2021.

There was also a fall-off in alcohol-related litter, which contributed to an improvement in the state of public parks, 80% of which were clean.

Recycle centres were also cleaner. However, coffee cup litter remained high, evident in one quarter of all sites surveyed.

“The findings bear out the need for action on coffee cups,” contends Mr Horgan.

“We must disincentivise the use of paper cups ,even compostable or recyclable ones, as too many of them are ending up on the ground. In the light of our survey, the Government move towards a levy makes a lot of sense.”

"The survey suggests that Ireland is seeing a return to normality post-Covid. “With cleaning schedules back to normal, less PPE litter and less alcohol consumption outdoors, litter levels have fallen.

"However, despite improvements, the centres of our main cities are still littered at a time when we are welcoming our peak tourist numbers. There is a price to be paid for that,” said Mr Horgan.

Overall litter levels showed a decrease on last year, with a dramatic fall of 50% in the number of sites within towns deemed to be ‘litter blackspots’.

“We’ve been calling on local authorities to prioritise the very bad sites in a town or area and it seems this call has been heeded,” added Mr Horgan.