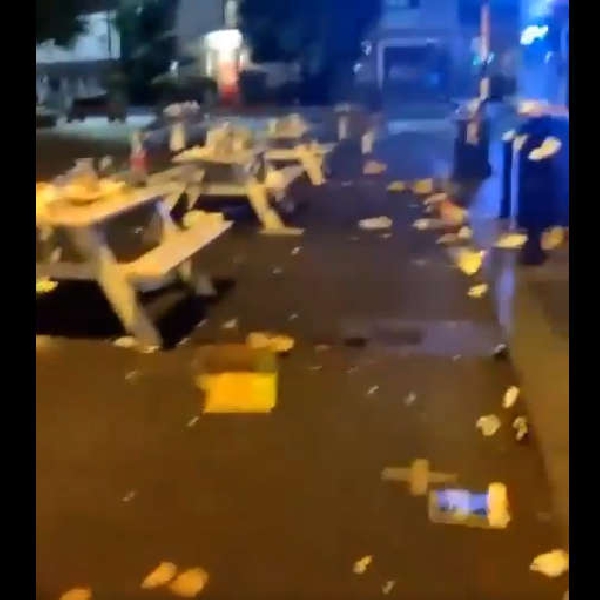 Locals also say people are urinating on their doorsteps and in their gardens.

There is outrage over anti-social behaviour in parts of Naas town centre.

Kildare County Council created an outdoor socialising space at Poplar Square in the summer, with a €170,000 grant.

This included the removal of parking spaces and the installation of benches and seating.

Since then, residents have frequently complained of late night noise, large volumes of food and drink litter, and public urination.

KCC was, last week, granted €187,000 for the creation of permanent outdoor dining spaces throughout Naas.

She says the problems with the site are confined to weekend nights, but they are significant.

Naas Fianna Fáil Cllr., Carmel Kelly, says enforcement is one thing, but those frequenting the area must take personal responsibility