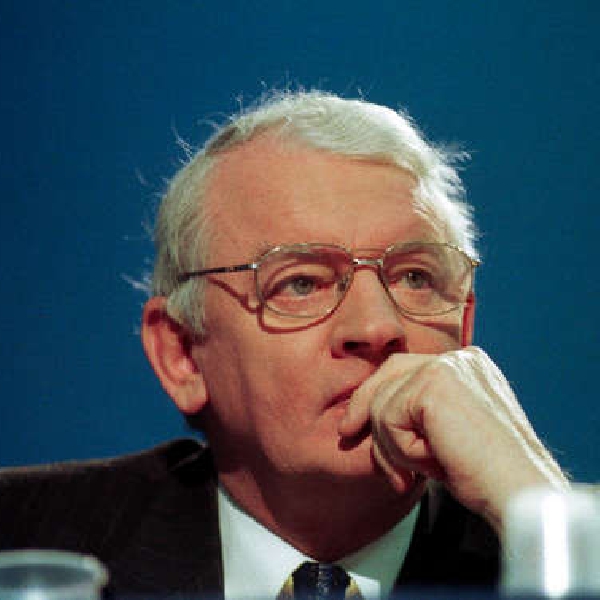 The Tyrone native passed away peacefully at his home in Derrymullen, Co Kildare, at the age of 82.

The Tyrone native passed away peacefully at his home in Derrymullen, Co Kildare, at the age of 82.

Taoiseach Micheál Martin says he did 'so much for people, as a peacemaker and in politics'.

Austin Currie was an activist who worked every single day to dismantle injustice and unfairness wherever he saw it and make Ireland a better place for us all. We have lost another SDLP giant who will be sorely missed. My thoughts are with his wife Annita, Emer and their family. pic.twitter.com/qFIDu3Vxwe

He was one of the founding members of the SDLP, before serving as a Fine Gael TD in Dublin West from 1989 to 2002.

Former Taoiseach John Bruton says he was a key part of the Rainbow Coalition.


John Bruton, says he had a big impact, on both sides of the border

Statement by President Michael D. Higgins on the passing of Austin Currie.https://t.co/uZLtMfrymt pic.twitter.com/Oi2c5DSI7M

Minister of State, and Kildare South Fine Gael TD, Martin Heydon, says "I am deeply saddened at the sudden passing of Austin Currie, a hugely influential figure in Irish Politics, a Kildare South constituent and a friend.

A resident of Derrymullen, Kildare, in recent years Austin was an active member of Allen/Rathangan Fine Gael branch supporting and working with myself,  Cllr. Mark Stafford and Cllr Brendan Wyse.

A founding member of the SDLP in the 1970’s, he served as an MP for East Tyrone and a TD representing Dublin West. He contested the 1990 presidential election and served as Minister for State from 1994-1997.

Whether serving north or south of the border, he was renowned and respected for his strength, bravery, and the courage of his convictions. A man of peace, integrity and social justice.

Deepest Sympathies to his wife Annita, children Estelle, Caitriona, Dualta, Austin and Emer and their families."

Clem Ryan paid extensive tribute to the life, work and activism of Austin Currie on this morning's edition of Kildare Today: