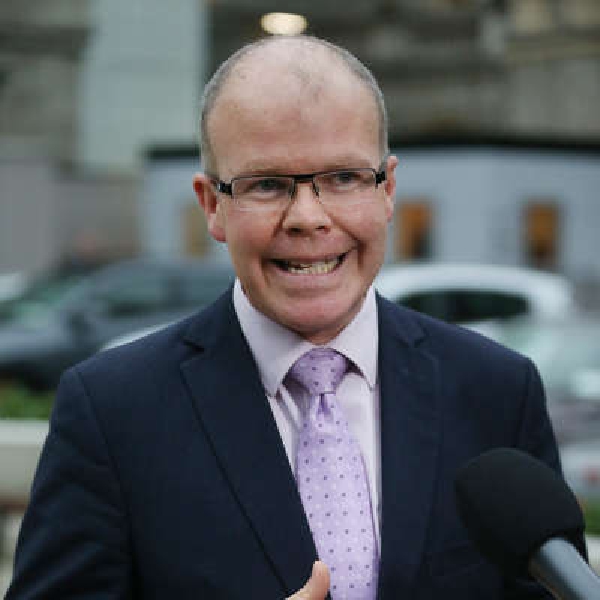 There's now a ministry for every TD in Dublin Rathdown Constituency, yet 10 counties have no Minister, that's according the Aontú Leader.

Peadar Tóibín's comments follow the appointment of Rathdown TD Neale Richmond as a junior minister in the Department of Enterprise.

Tóibín commented: “Its very clear that this government’s centre of gravity is south Dublin.

"The over concentration of Ministers in Dublin has reached incredible levels now with every TD in Dublin Rathdown now a Minister.

"There is a Late Late Show attitude to Ministerial positions in parts of South Dublin with one for every TD in the Constituency, it is incredible”.

“40% of all senior Ministers are from one county in Ireland, Dublin. This is despite the fact that 26% of the population of the state, lives in county Dublin. Dublin has 12 Ministers, Senior and Junior yet there are 10 counties without a Minister at all. (7 if you include tow county constituencies).

“This imbalance in representation is leading to an incredible imbalance in the development of the country. We are developing into a city state with people commuting from Ulster, Connacht and Munster to go to Dublin for work.

"This is not to say that there are areas of great need in Dublin, there are, but there is  disastrous spatial imbalance developing throughout the island.

"Dublin in many ways is overheating while 1/3 of the rest of the country is now a sprawling commuter belt of Dublin and many regional rural areas are emptying out of their young people”.

“So many young people who have a third level degree cannot get a job where they are from so they must move to Dublin where the jobs are.

"They cant afford to live in Dublin so they join hundreds of thousands of others living 30, 40 and 50 Km outside Dublin in commuter hell. The average age in Mayo is 40 and the average age in Fingal is 34.

"The spatial imbalance is forcing the energy of our youth to move to Dublin which will further increase the lopsided nature of our country. Ireland exists outside the M50.

"There must be fair and equal representation of all coroners of Ireland to ensure balanced spatial development," he added.