Man Arrested After 2 Gardai Were Injured In A Shooting In Dublin. 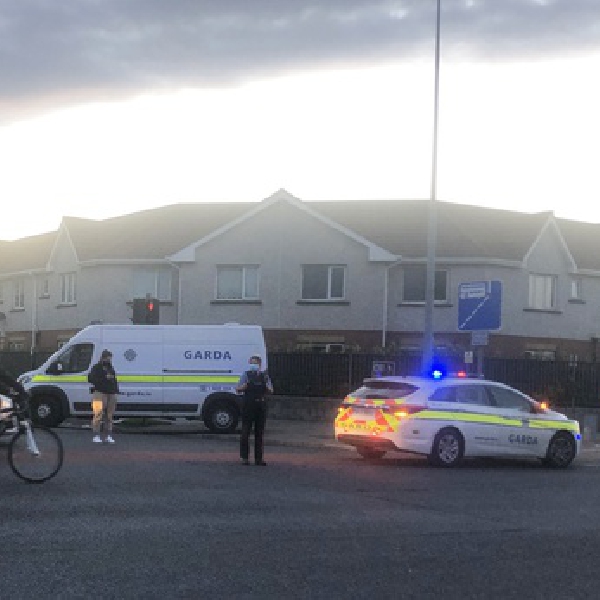 File image: Garda cars at the scene of a shooting and siege in Blanchardstown Dublin/RollingNews

The man gave himself up after a stand-off.

A man has been arrested after two gardai were injured in a shooting in West Dublin.

The man gave himself up following a two hour standoff with officers.

Stephanie Rohan reports from the scene.

Superintendent Peter Burke says children were playing football nearby when the gunfire began.

This woman heard the shots.

Most read: Two gardaí shot by man who opened fire from house in west Dublin https://t.co/A54Nu9xWIa

Taoiseach Micheal Martin says he was shocked and deeply concerned to learn about the shooting of two on duty gardai and has wished them a speedy recovery.

Meanwhile Garda Commissioner Drew Harris has commended the officers involved for bringing the incident to a successful conclusion.

Justice Minister Heather Humphreys says the incident's a reminder of the dangers officers face each day.

Agriculture Minister Charlie McConalogue says the incident is a reminder of the dangers Gardaí face in the line of duty:

'This is real life. This is tough': Garda chief praises bravery of two detectives shot during Dublin siegehttps://t.co/SGPj59HFMc

Investigations Editor with the Sunday World, Nicola Tallant, says the injuries sustained by the two Gardaí could have been far more serious:

Blackout lifted in Blanchardstown. Two Garda shot. Suspect arrested is known very well to Gardai since the days of The Westies.