Taxi Fares Set To Rise By 12.5% Under Recommendations By National Transport Authority 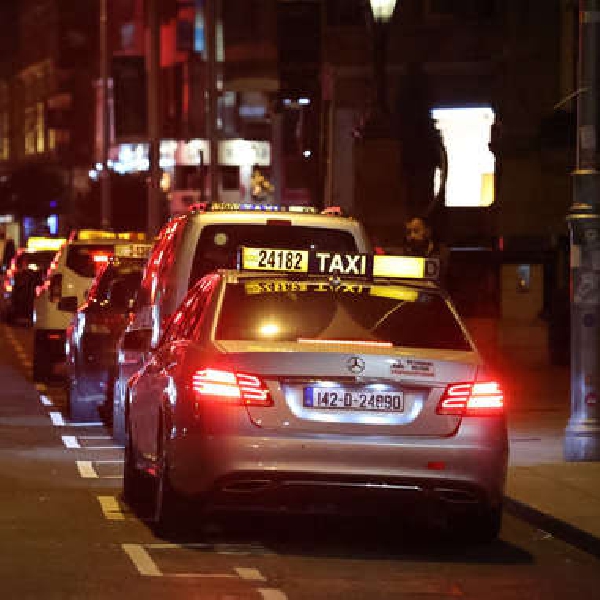 It has also proposed implementing cashless payment options across all taxis.

The National Transport Authority (NTA) has recommended that taxi fares increase by up to 12.5% in a new report.

The proposals, within the National Maximum Taxi Fare report 2022, seek to raise the maximum price of taxis due to increased running costs for taxi operators since fares last increased in 2018.

The NTA has also announced plans to require card payment facilities in all taxis.

The proposal is among those contained in the National Maximum Taxi Fare Review Report 2022 published today.

Under the proposals, taxis will be brought into line with other services, with cashless payment now the norm in shops, supermarkets and restaurants across the country.

A recommendation to introduce such a provision was first made in an NTA fare review in 2019, but the planned implementation in early 2020 was deferred because of the covid pandemic.

The 2019 report also examined the cost of running a taxi service compared to 2017, when the previous fare review was undertaken and recommended in line with that, an increase in the National Maximum Taxi Fare of 4.5%.

That fare increase was also postponed in 2020.

The report published today provides an update on this, and has found that overall, the costs associated with operating a taxi increased between 2017 and 2022 by approximately 11%.

An increase in maximum taxi fare levels to reflect this, is recommended in the report.

The 2019 Fare Review recommended a further adjustment of 1% for the extra costs associated with introduction of cashless payment facilities, such as transaction fees and hardware provision. This is also factored into today’s recommended increase in maximum fares of 12%.

Details of the National Maximum Taxi Fare Review and Fact Sheet, together with the proposed maximum fares order, can be downloaded by clicking on the following link.

These proposals are now open for public consultation until Friday, 27 May 2022 at 12pm, with the matter to be brought to the NTA board for consideration.

The Taxi Fare Review is generally carried out by the NTA every two years or so to assess operating costs and fares in the SPSV sector.