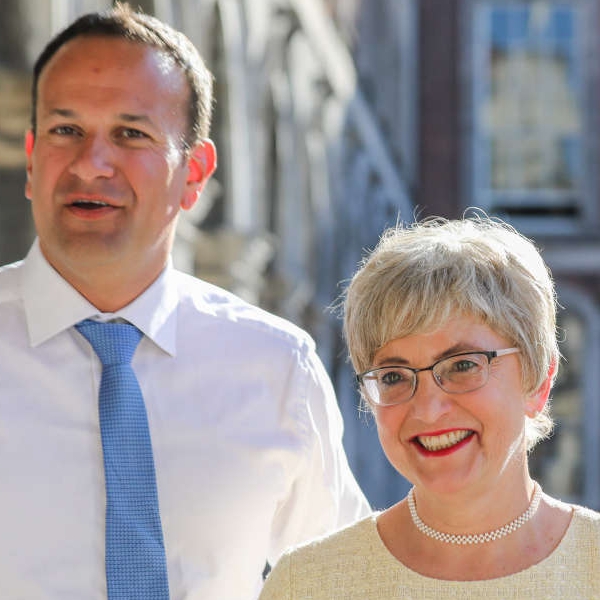 Simon Coveney says he had to delete texts from Katherine Zappone as he was previously a victim of hacking. Tánaiste, Leo Varadkar, has released texts he received from her.

There are calls for an investigation into the hacking of the Foreign Affairs and Defence Minister's phone.

Yesterday Simon Coveney revealed he had been the victim of a hack, while answering questions around the now defunct appointment of Katherine Zappone to a UN Special Envoy role.

He said it was part of the reason he deleted texts between himself and Ms Zappone and himself and the Tanaiste, a decision the Taoiseach has described as not best practice.

Sinn Fein says there remains numerous questions to be answered over the Katherine Zappone controversy.

The party's Matt Carthy says journalists had been looking for these messages but were told they didn’t exist.

Interestingly, the Tánaiste’s department previously responded to an FOI request from myself and clearly stated there was no records of any texts between Leo Varadkar and Katherine Zappone about the Merrion event, which we now know was not the case pic.twitter.com/BIilYEQqHw

The Tanaiste has apologised for not releasing text messages sooner over the Katherine Zappone controversy.

Leo Varadkar says he hadn’t been contacted to check his phone for records and the officer in charge had only looked at emails and letters.

While the Tanaiste doesn't believe the Katherine Zappone controversy is distracting from the work of Government.

Leo Varadkar had this to say, when asked if they should consider their positions