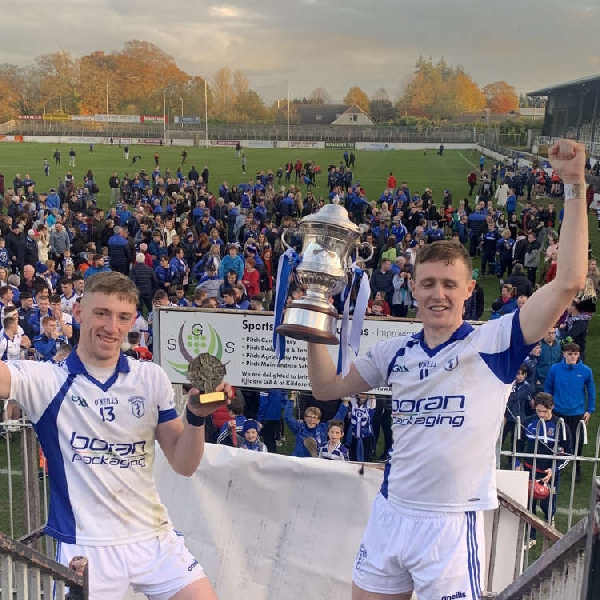 Naas began brightly scoring 3 points before Ballyhale opened their scoring with a point after 7 minutes.

One minute later, Naas rocked the reigning Leinster champions with a great goal by Cathal Dowling

The Kildare and All Ireland Intermediate champions led by 1-5 to 0-2 after 15 minutes, with predictions of a Ballyhale rout proving hugely wide of the mark.

By 20 minutes, it was 1-6 to 0-5, when Shamrocks were awarded a penalty which they converted by TJ Reid to narrow Naas lead to one point.

They added further points to level it at 1-7 each on 25 minutes.

The sides were still level on the half hour at 1-9 each, before added points from both sides left the Kilkenny and Leinster champions leading by 1-11 to 1-10 at the interval.  Jack Sheridan being Naas top scorer with 6 first half points.

The Naas performance in that first half demonstrated their comfort operating at the top tier of provincial club hurling.

However, a 2 minute period early in the 2nd half, resulting in two Shamrock’s goals in as many minutes by Joey Cuddihy and Eoin Cody completely change the first half performance

This was a crucial juncture, as Naas needed to stop the margin increasing, as Ballyhale began to dominate possession, particularly their half back line shutting down Naas attacks.

They reduced the margin to 3 points with Jack Sheridan’s 8th point (from a free), but then switched off as Ballyhale scored two goals in a minute, immediately from each puck out

Jack Sheridan added another free (his 10th point) to reduce the gap to 7 points after 46 minutes.  The next score would be vital to keep the Naas prospects alive.

They pressed a couple of attacks, but were repelled by the Shamrock’s back line, who turned a good Naas move into attack and a point – back to 8 points lead after 48 minutes

added his 11th point and TJ Reid pointed from a free:  3-18 to 1-16 after 51 minutes, the ultimate outcome now being how much the Ballyhale winning margin would be.

The game petered out to its inevitable conclusion, with both clubs giving subs the opportunity of playing in , among them Eoin Reid who added a point.

The final score does scant justice to Naas, who were appearing in their first ever provincial senior club semi final, having, in previous years, operated in the Intermediate championship.

Their excellent first half performance demonstrated that they can compete comfortably at this level.  The experience of a senior semi final will stand to them.  It was the concession of two goals in two minutes early in the 2nd half that was their ultimate undoing and gave Ballyhale breathing space, which the Kilkenny and Leinster senior champions duly pressed home.