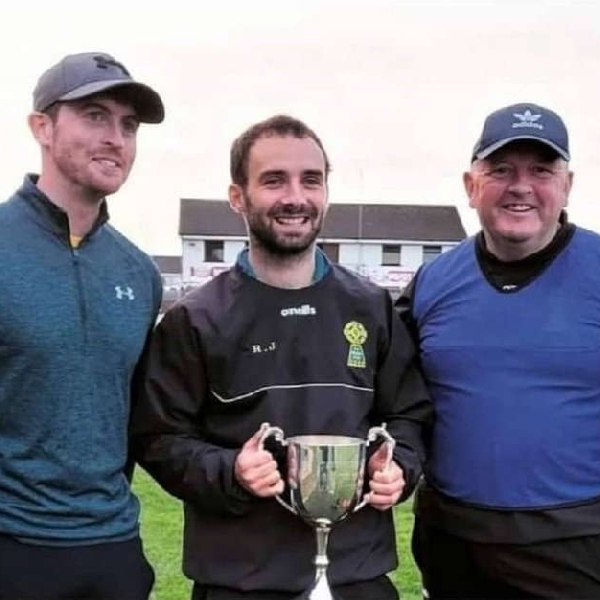 Ballymore Eustace GAA's Men's Senior Management team have confirmed they are stepping down from their roles following the end of the team's season on Saturday.
A statement released by the club last night read "In just one year, manager Ronan Joyce, along with his selectors Alan Cullagh and John Conway, have achieved great things with this young squad.
The team secured promotion to Division 2 for 2022, won the league final and reached the IFC final in just the second year playing back at that grade.
The Management brought fresh ideas and enthusiasm to Ballymore this year and a lot of progress was made throughout the season.
Thanks to Ronan, Alan & John for all their great work this year and all of us at Ballymore GAA would like to wish them all the very best for the future!"

We would like to thank Ronan, Alan & John & wish them all the very best for the future pic.twitter.com/Cpiya0gY8E

The FAI has issued a statement regarding the decision of referees in the North Dublin Schoolboys and Girls League and Metropolitan Girls League to withdraw their services this weekend.

It follows the abuse of referees by "managers, players, coaches and supporters", according to an NDSL statement.

The FAI says any abuse of referees will not be tolerated and will be punished.

The strike will affect around 550 underage games in the capital.

Meanwhile Callum O'Dowda has been called up to the Republic of Ireland squad for this week's World Cup qualifiers against Portugal and Luxembourg.

He replaces the injured James Collins.

Any future contract for manager Stephen Kenny won't be decided by the FAI until the end of the campaign.

Midfielder Josh Cullen feels Ireland are progressing ahead of the visit of Ronaldo & company on Thursday:

Barnsley midfielder William Hondermarck has earned a first call-up to the Republic of Ireland under-21 squad.

The former Drogheda United player replaces the injured Ryan Johansson ahead of the Euro qualifiers with Italy and Sweden.

Hondermarck has made five appearances for Barnsley in the Championship so far this season.

The midfielder pulled up in France training with a thigh injury yesterday evening.

Pogba is now a major doubt for Saturday's World Cup qualifier with Kazakhstan.

Ireland ramp-up their preparations today for Saturday's meeting with the All Blacks.

Andy Farrell has no new injury concerns following the comfortable win over Japan at the Aviva Stadium last weekend.

Robbie Henshaw is back in contention having missed the opening portion of the season with a foot injury.

There's an eight-race card at Fairyhouse this afternoon.