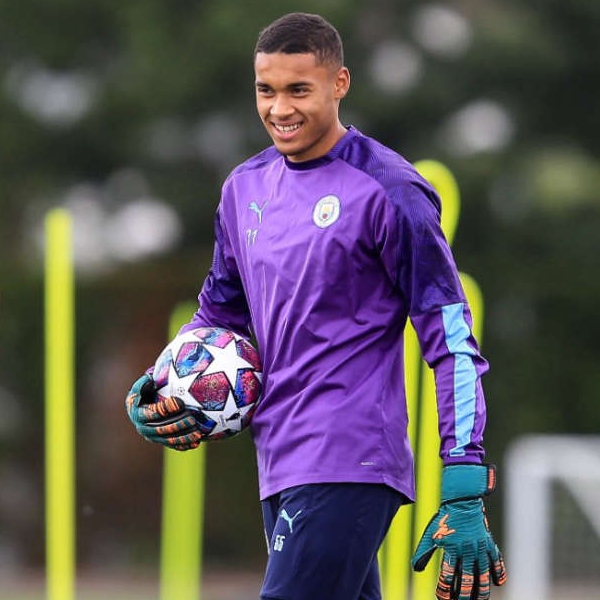 Gavin Bazunu feels going out on loan for the last two seasons has helped him to become Ireland's first-choice goalkeeper.

The Manchester City youngster is at Portsmouth this term after a loan spell at Rochdale last year.

Bazunu has emerged as Stephen Kenny's number one in the World Cup qualifier campaign.

Speaking ahead of Saturday's match at Azerbaijan, the Dubliner feels he's benefited from getting regular games:

Liverpool legend Phil Thompson has urged the club to tie Mo Salah down to a new contract.

The Egyptian forward has been in superb form, scoring nine goals and providing three assists for his team so far this season.

Salah is currently locked in talks with the Reds about a new deal - and Thompson says the club would struggle to get a better value replacement if the 29 year-old left:

Meanwhile, Liverpool say they have collected "substantial" evidence in relation to an alleged spitting incident, during Sunday's Premier League match against Manchester City.

City made a complaint after backroom staff members were reportedly spat at by a home supporter near the dugout area at Anfield.

Liverpool say they will hand evidence to Merseyside Police if requested, "given the potential for criminal charges".

Claudio Ranieri begins work as Watford manager today after his return to the Premier League.

It's the fourth time Ranieri has taken charge of an English top flight club, after spells with Chelsea, Fulham and Leicester - where he famously won the title in 2016.

Kerry County Board insist that the process to appoint Jack O'Connor as their senior football manager was both "credible" and "transparent".

The three-time All-Ireland winning boss was formally ratified for a third-term last night, despite outgoing boss Peter Keane claiming he retained the support of the panel.

Chairman Tom Murphy also denied claims that O'Connor was the preferred candidate before the appointment process was started.

Mayo will appoint a new chairman later this year.

Liam Moffatt has announced that he won't be seeking a third term at their Convention in December.

He's cited "personal and business" reasons as to why he is not looking seeking re-election.

Johann van Graan’s side have opened their United Rugby Championship campaign with back-to-back wins against the Sharks and the Stormers.

They have been boosted by the return of record try scorer Simon Zebo, and the recovery from injury of Springboks forward RG Snyman.

At 36, O'Neill is the oldest ever Irish champion and the 2012 Olympian is mulling over the chance to go to the World Championships.

The going is soft at Ballybrit ahead of today's race meeting at Galway.

The first of a seven-race card goes to post at 1.15pm.