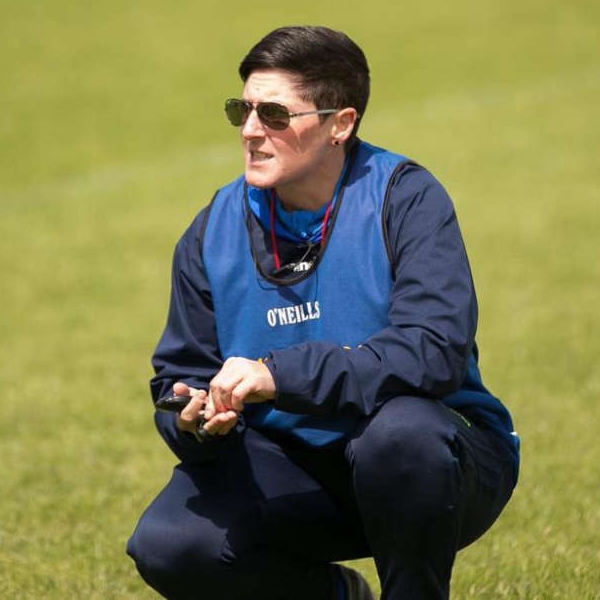 Kildare Ladies County executive announce new manager Diane O' Hora to be ratified by the County Board as the Kildare Intermediate Ladies Manager.

O’Hora is a native of Ballina, Co. Mayo and was a selector with the Kildare Ladies team last year.

Four times an All-Ireland winner with her native county, O’Hora has significant experience in the game.

She previously managed Down and Meath, and coached Longford in addition to involvement with Meath and Dublin club teams.

The two-time All-Star was in charge of Roscommon in 2021 before stepping down days before they played a relegation play-off following a player heave against her.

In a statement Kildare LGFA said O’Hora’s experience as a player, coach and manager, along with her backroom team will bring a wealth of experience to the county team.

Padraic Joyce is poised to stay on as manager of the Galway senior footballers.

He's set to be ratified for a further three years in charge.

The Norweigan brought his season's tally to 19 goals after scoring twice in their 5-nil win over Copenhagen in the Champions League last night.

Elsewhere, Chelsea secured their first win in Group E with a 3-nil win over AC Milan.

Celtic are bottom of Group F after suffered a 3-1 defeat to RB Leipzig.

Shamrock Rovers bid for a first win in Group F of the Conference League tonight.

The Hoops are in Norway for a meeting with Molde from 5.45.

Elsewhere, West Ham are away to Anderlecht in Group B.

In Group A, Hearts welcome Fiorentina to Tynecastle.

Manchester United are in the Cypriot capital of Nicosia for their latest Europa League outing.

They go up against Omonia, who are managed by former Celtic boss Neil Lennon.

The top two meet in Group A, with Arsenal at home to Bodo/Glimt.

Scotland take on Austria in the first round, with the winner set to host Vera Pauw's side next Tuesday.

Cormac Sharvin is among the early starters on day one of the Spanish Open.

He has just teed off in Madrid.

Home favourite Jon Rahm is looking to win the tournament for the first time since 2019.

On the PGA Tour, Seamus Power is in the field for the Shriners Children’s Open in Las Vegas.

The Waterford golfer tees off just after 3.30, Irish time.

The Mediheal Championship is the latest stop on the LPGA Tour, with Stephanie Meadow among the competitors in California.

There’s a seven-race card at Thurles this afternoon with the first off at 2pm.