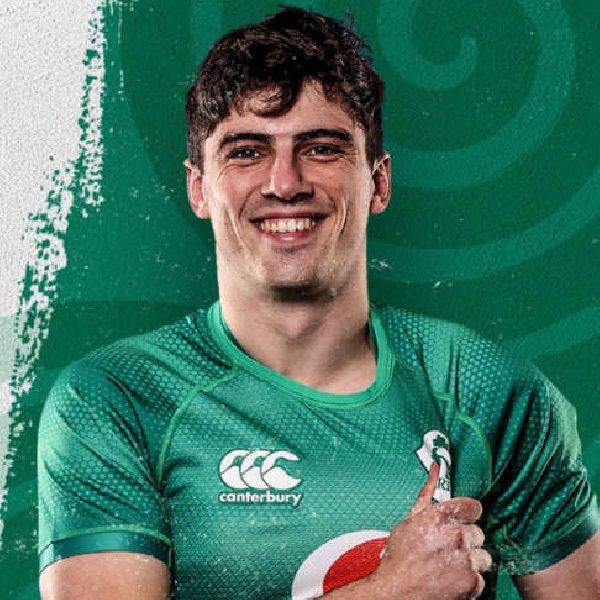 Robbie Henshaw out due to injury

Eadestown's Jimmy O'Brien starts on the wing, Suncroft's Cian Prendergast is in the second row, & Athy's Jeremy Loughman starts in the front row.

It's been confirmed this afternoon Robbie Henshaw is ruled out of Ireland's test against South Africa tomorrow.

The Leinster centre has picked up an injury problem.

Ulster's Stuart McCloskey comes into the team and will wear the number 12 shirt.

Hear what the Ireland Head Coach had to say ⬇️#TeamOfUs | #IREvSA

On Saturday, in the Intermediate Quarter-Final Ballyteague face Dunshaughlin of Meath.

The game in Páirc Tailteann throws-in at 1.30pm.

At the same time on Saturday, Straffan play Clonmore of Carlow, in the Junior Quarter-Final.

The game will be played in Netwatch Cullen Park.

KFM's 'Saturday Sportsbeat' will have updates of both games.

Naas face Kilmacud Crokes in the Senior Quarter-Final on Sunday.

The game throws-in at 3.30pm in Parnell Park.

KFM will have live commentary of the game with Ger McNally, on 'Sunday Sportsbeat'.

FIFA has written to all 32 nations taking part in the World Cup, urging them not to get involved in any political controversies - and just focus on football.

Host country, Qatar has faced heavy criticism for its stance on same-sex relationships, and its human rights record.

The letter asks for the sport not to be "dragged into every ideological or political battle that exists".

The competition begins on the 20th November, with hosts Qatar facing Ecuador in Group A.

Ireland's T20 World Cup campaign has come to an end with a defeat to New Zealand.

Chasing a target of 186, Ireland could only manage 150 in response.

Josh Little took a hat-trick of wickets with the ball in the 19th over for Ireland.

There's a seven race card at Down Royal the first race at 12.20pm, went to the favourite, number 1 'American Mike'.

The first of eight races at Dundalk gets underway at 5pm.

This evening's 'Weekend Preview' from 6.25pm will have the GAA, camogie, soccer, rugby & racing weekend previews.