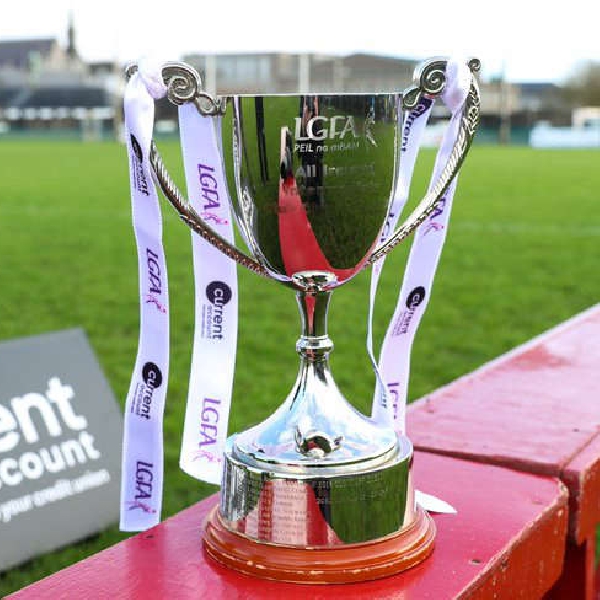 The game throws-in at 8pm, in Manguard Plus Hawkfield.

Best of Luck to the Senior Ladies from the U8 Boys 👏 pic.twitter.com/SjIE6rWVbd

The former Wicklow manager has decided not to continue his role for the 2023 season.

Sarsfields GAA would like to thank Davy Burke for his role as Senior Manager for 2022. Davy has decided not to continue in the role for the 2023 season. We the Officers and Committee would like to wish Davy and his management team all the very best in their future endeavours.

'Sportsbeat' Saturday and Sunday from 2pm, is in association Pat Keogh Skoda Ballybrittas.

In the second semi-final of Joe Mallon Motors SFC

KFM will have full commentary of the game with Ger McNally & Phillie Wolfe.

But before that, in St. Conleth’s Park, Éire Óg Corra Choill play Naas in the Senior B Hurling Final.

On Sunday, KFM will have full commentary of the UPMC Senior Hurling Final:

KFM will also have updates of the Future Ticketing Minor Hurling A Final:

The Republic of Ireland Under 21's will start their attempt to qualify for a first ever European Championship finals later.

Jim Crawford's side face Israel in a two legged play off.
=

Shamrock Rovers are just two points clear at the top of the SSE Airtricity League Premier Division this morning.

They were held to a goalless draw away to Dublin rivals Shelbourne last night.

Leona Maguire is one of the early starters on day two of the Women's Irish Open at Dromoland.

The Cavan golfer tees off from 5 under par, and two shots adrift of overnight leaders Alexandra Swayne and Lina Boqvist.

Katie O'Brien is the first Irish rower in 'A' final action at the World Rowing Championships in the Czech Republic.

She lines up in the Para Women's Single Sculls A-final today.

Sanita Puspure and Zoe Hyde are hoping to progress to the A-final of the Women's Double Sculls - they're in lane-4 of the first semi-final.

They welcome Benetton to the RDS, where kick-off is at 7.35pm.

The curtain comes down today on the career of one of the greatest tennis players of all time.

Roger Federer plays his final match as a professional, partnering long-time rival Rafa Nadal in the doubles at the Laver Cup in London.

This weekend KFM is broadcasting live from the Curragh, at the venue's Two-Day Autumn Festival.

Saturday's feature is the Goff’s Million.

Then on Sunday, the feature is the Irish Cesarewitch.

Taste of Kildare Festival will also offer racegoers the opportunity to sample some of the county’s best food throughout the weekend!

Today - the Listowel festival continues with 8 races from 1.40pm.

There is also an 8-race card is Dundalk from 5pm.