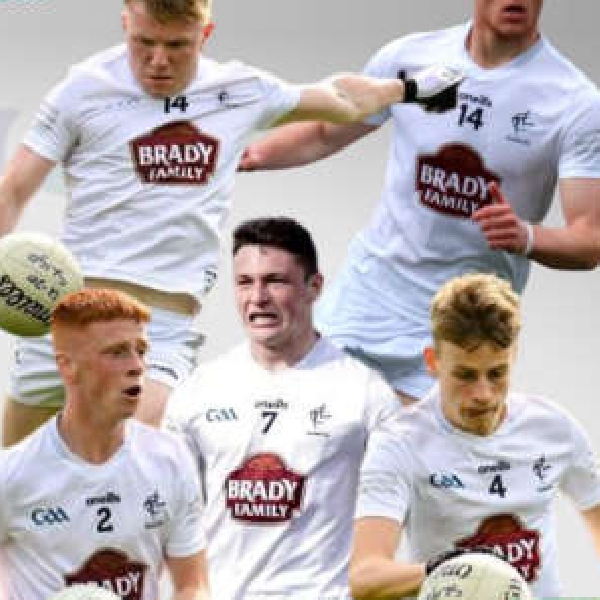 Tomorrow, at 5pm, Kildare men’s U20 footballers face Tyrone in the All-Ireland U-20 Final.

The game will be played in Sean MacDiarmada Park, Carrick-on-Shannon.

*Team announcement *
Brian Flanagan and his Management Team have announced the Kildare U20 Football team v Tyrone in the Eirgrid All-Ireland U20 FC FINAL.
Sat, May 14th, 5pm in Carrick-On-Shannon.
All support is very welcome.
See below link for tickets.https://t.co/bE0uE2iZX6 pic.twitter.com/R8kWAoNjtP

The game throws in at 12pm, in St. Conleth’s Park, Newbridge.

We’ll have updates throughout the game with Séamus Dillon.

KFM will have full commentary with Ger McNally & Peter McConnon, in association with Hanlon Concrete, Robertstown.

That match has a 4pm throw-in, at Netwatch Dr. Cullen Park, Carlow.

The team for Sunday's game:

𝗟𝗘𝗜𝗡𝗦𝗧𝗘𝗥 𝗙𝗜𝗡𝗔𝗟!!
The Kildare ladies team are on the hunt for silverware this weekend in Carlow when they take on Wexford in the Leinster Intermediate Final! Ticket link: https://t.co/RT08QOQUZI pic.twitter.com/9QBBQUQypE

KFM will have updates of the game, on 'Sunday Sportsbeat'.

This morning’s ‘Kildare Today’ will preview all the weekend’s action from 10.40am.

Tottenham have moved within one point of Arsenal in the race for the final Champions League spot in the Premier League with two games to go.

Harry Kane scored twice, Son was also on the mark as Arsenal had Rob Holding sent off.

Well worth another watch... 🤩

Tottenham now face Burnley on Sunday, with Arsenal going to Newcastle on Monday.

Kane says it was the best atmosphere he experienced in Tottenham's new stadium:

Without going into specfics, Arsenal boss Mikel Arteta was unhappy with some of the refereeing decisions:

That game kicks off at 7.45pm, at Tallaght Stadium.

Also at that time, Dundalk welcome Bohemians to Oriel Park and it's Shelbourne versus Drogheda United at Tolka Park.

Seamus Power fired a six under par round of 66 on the opening day of the Byron Nelson tournament in Texas, but he's six shots behind leader Sebastian Munoz.

A seven race card over jumps at Kilbeggan begins at 4.55pm.

Leopardstown hosts seven races on the flat from 5.10pm.