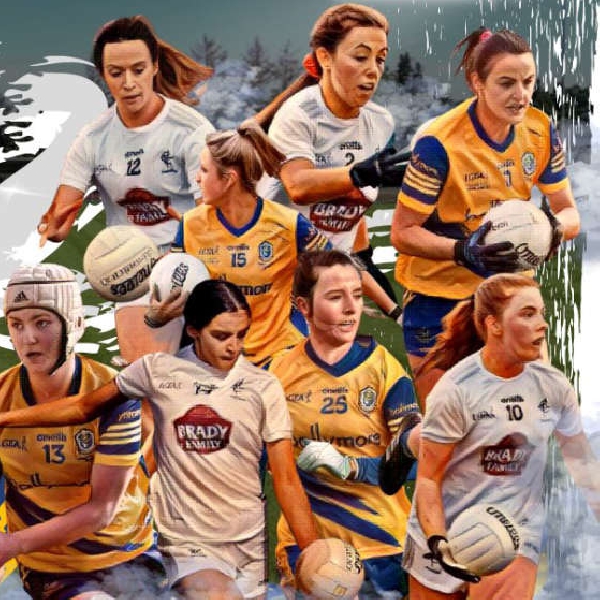 Second round of All-Ireland IFC

Kildare women footballers meet Roscommon in the second round of the All-Ireland IFC.

The game on Sunday throws-in at 2pm, in St. Brigid’s GAA Club, Kiltoom.

KFM will have updates with Tara Byrne on ‘Sunday Sportsbeat’.

On Saturday, Kildare's camogie team play Derry, in the second round of the Intermediate Camogie Championship.

The game in Hawkfield, throws in at 5pm.

The men's semi finals take place today at the French Open in Paris.

Nadal turns 36 today and is bidding for a 22nd Grand Slam title.

Josh Cullen has been cleared to play for the Republic of Ireland in tomorrow's Nations League opener against Armenia, in Yerevan.

The Anderlecht midfielder had originally been ruled out, but FIFA made an administrative error around two yellow cards he received in World Cup qualifying.

The senior squad are facing temperatures of up to 32 degrees.

Meanwhile, the Republic of Ireland Under 21's face Bosnia Herzegovina in an important European Championship qualifier at Tallaght Stadium tonight.

Gavin Coombes returns for Munster, but Mike Lowry is out of the match for Ulster.

The game in Kingspan Stadium, Belfast kicks-off at 7.35pm.

Ulster haven't won the competition since 2006, while Munster's last win was in 2011.

Shane Lowry is the leading Irish player after round one of the PGA Tour's Memorial Tournament in Ohio.

He carded a three under opening round of 69.

Rory McIlroy is 2 under and Seamus Power is level par.

Japan's Hideki Matsuyama was disqualifed for marking a fairway wood with a white substance, which the PGA Tour felt infringed rules around club alingnment.

Leona Maguire is one under par after the opening round at the US Women's Open in North Carolina.

Stephanie Meadow is one over, with Mina Harigae the leader on seven under.

The John and Thady Gosden trained 'Emily Upjohn' is the favourite for the Oaks, the feature race today on Derby weekend at Epsom.

Elsewhere, a meeting at Down Royal begins at 4.50pm, with a fixture at Tramore underway at 5pm.