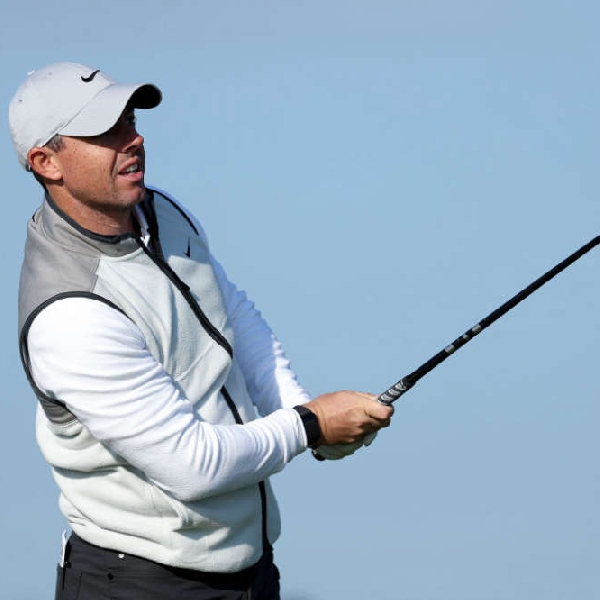 On Saturday, in the Tom Cross Transport JFC Final:

On Sunday, it's Ballyteague vs Castledermot in the Auld Shebeen Bar Athy IFC Final:

That game will also be held in St. Conleth’s Park, Newbridge at 3.30pm.

Castledermot Manager Anthony Gray spoke after his side's win over Sallins in the semi-final:

Rory McIlroy, Shane Lowry and Padraig Harrington all decamp to Kingsbarns this morning for day two of the Alfred Dunhill Links Championship.

McIlroy is joint best of the Irish on 4-under par, while Harrington tees off from 3-under, and Lowry 2-under par.

Jonathan Caldwell also commences his second round from 4-under, the Ulsterman plays the Old Course at St. Andrews today.

Romain Langasque of France equalled the course record there yesterday, and he starts the day with a one-shot lead on 11-under par.

There's a chance for some younger members of the Irish talent pool to prove their worth ahead of next year's World Cup this afternoon.

Max Deegan captains an Emerging Ireland side who take on the Griquas (pr: Greek-wis) in Bloemfontein.


Connacht are also in South Africa, facing the Vodacom Bulls in the United Rugby Championship from 5.30pm.

Jonathan Sexton could make his first appearance of the season - he is on the bench for Leinster as they play Ulster at Kingspan Stadium in Belfast.

Vera Pauw names her Republic of Ireland squad today for their World Cup playoff with either Austria or Scotland.

The Ireland boss will not be able to count upon the likes of Megan Connolly, Ruesha Littlejohn, Leanne Kiernan or Ellen Molloy - all of whom are injured.

A win away to St. Patrick's Athletic would see the Candystripes close the gap at the top to two points.

At 8pm, bottom side Finn Harps welcome Shelbourne to Ballybofey,

There is an eight-race card at Gowran Park this afternoon with the first off at 1.35pm.

And the all-weather track at Dundalk hosts its weekly meeting from 4.50pm.