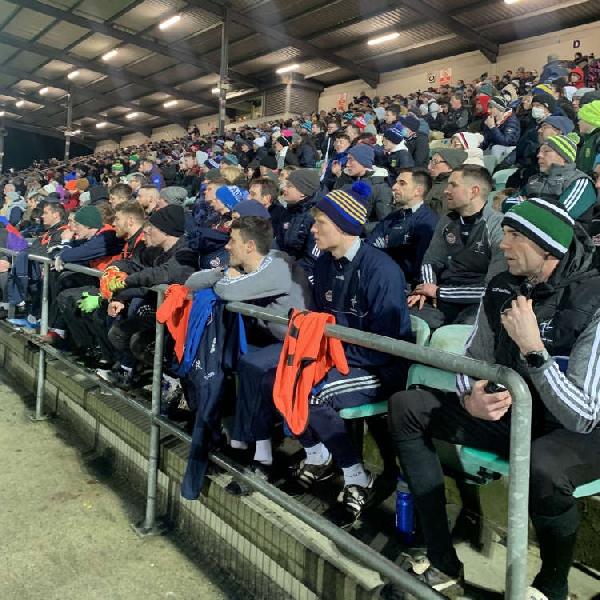 Laois will play Dublin in the final of the O'Byrne Cup after beat Kildare on penalties at Netwatch Cullen Park last night.

Kildare came back to equalise at 3 penalties all.

Ger McNally will review the game at 10.45am on 'Kildare Today'.

Kildare's first league game will be against Galvin's native Kerry, on the 30th of January.

Manchester United interim boss Ralf Rangnick is confident he made the right decision in subbing Cristiano Ronaldo in last night's 3-1 win over Brentford.

Ronaldo was visibly unhappy at being benched, but Rangnick says it was a tactical move:

Steven Bergwijn scored twice in stoppage time as Tottenham Hotspur came from 2-1 down to defeat Leicester City 3-2, at the King Power Stadium.

It's a win which sends Spurs fifth in the table.

The match is scoreless after the first leg.

Women's third seed Garbine Muguruza has been knocked out of the Australian Open.

She lost in straight sets to Alize Cornet.

Andy Murray has lost the first 2 sets to Taro Daniel in their men's singles second round match.

Rory McIlroy is 2 under par through 16 holes of his opening round at the Abu Dhabi HSBC Championship.

The lead is held on 8 under par by Scott Jamieson.

Shane Lowry and Padraig Harrington are also in the field.

On the PGA Tour, Seamus Power and Graeme McDowell are in the line up for the American Express, which tees off in California later.