Monday Lunch: It's Repeat Of 2022's Champions League Final In The Last 16 Of The Competition 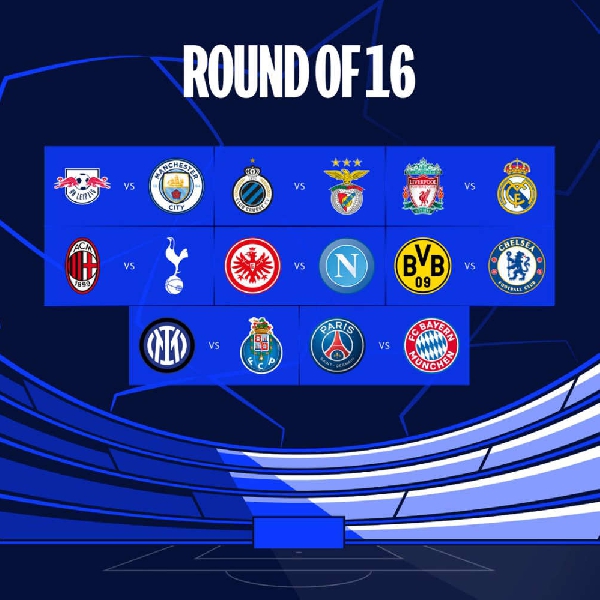 The Champions League last-16 pairings have been revealed.

The Spanish side won the competition, 1-0 in Paris.

Chelsea have been paired with Borussia Dortmund.

The games are scheduled to be played across two legs, in February and March.

The draw for the Europa League play-off round have also been announced:

Southampton have "parted company" with manager Ralph Hasenhuttl this morning, after four years in charge.

Yesterday's 4-1 Premier League defeat at home to Newcastle left them third from bottom in the table.

The Saints are one point from safety having won just once in their last nine matches.

#SaintsFC would like to express its sincere thanks to Ralph Hasenhüttl for all of his efforts, as well as the unwavering commitment he has shown throughout his time as manager. pic.twitter.com/pNGnUC5z29

It was an unfortunate weekend for all Kildare teams involved.

Naas were beaten by Kilmacud Crokes in the Senior quarter-final on Sunday afternoon.

In the sixth minute the sides were 0-02 a piece, but a quick free taken by Dara Mullin, hit the back of the net giving Crokes a 3 point-advantage.

Kilmacud will now face Portarlington in the semi finals.

The Laois Champions cruised to a 3-19 to 0-09 win over Palatine of Carlow yesterday.

On Saturday, Ballyteague fell to Dunshaughlin of Meath in the Intermediate quarter-final - finishing 2-19 to 0-10.

Straffan also lost their Junior quarter-final to Clonmore of Carlow - with the final score 3-05 to 0-8.

Séamus Power is up to 29th in the latest golf world rankings.

The Waterford man finished in a tie for third at the World Wide Technology Championship last night.