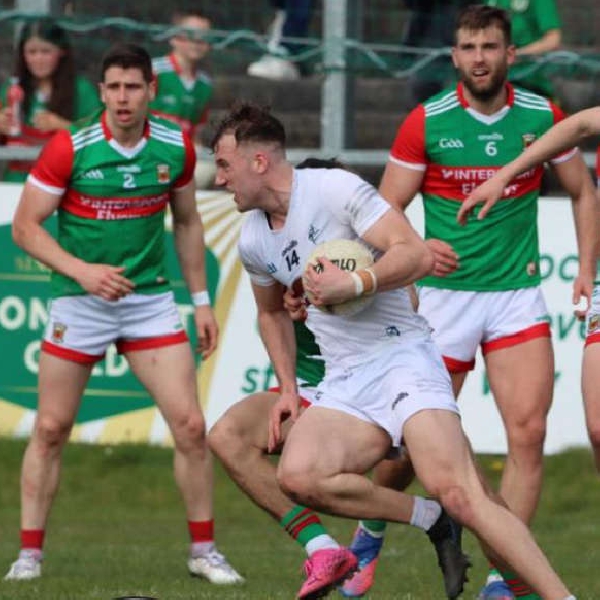 This evening's Kildare Scoreboard will review all the weekend's action from 6.30pm.

The 33-year-old was Footballer of the Year in 2016 and also won five All Stars.

Mayo manager Kevin McStay says the example set by the man will 'continue to inspire Mayo for many years to come'.

Owen Farrell could miss the start of 's Six Nations campaign after being cited for a dangerous tackle.

He'll face a disciplinary hearing tomorrow after his shoulder made contact with the head of an opponent in Saracens' win against on Friday.

A ban may rule him out of Steve Borthwick's first game in charge against next month.

Arsenal will look to book an FA Cup fourth round meeting with tonight.

The Premier League leaders are away to League One club Oxford United.

Ronnie O'Sullivan begins his bid for a record eighth Masters title this lunchtime.

The world number one plays Luca Brecel at in , and that gets underway at 1pm.

This evening, John Higgins goes up against Jack Lisowski.

Tennis players at this month's Australian Open won't be required to take Covid-19 tests and could play even if they have the virus.

There have been strict rules at the Grand Slam over the past two years, while Novak Djokovic was deported 12-months ago over his vaccine status.

Jockey Jack Kennedy is set for an extended period away from racing having sustained a fractured leg.

The injury has been confirmed after a fall at Naas yesterday, with 'Top Bandit' suffering a fatal injury in the incident.

It's not yet know if Kennedy will be able to ride at the Cheltenham Festival in March.

A reminder to join Paul Power this evening for Kildare Scoreboard from 6.30pm, where we’ll review Saturday’s O’Byrne Cup defeat for Kildare against Louth and we’ll hear from manager Glenn Ryan.