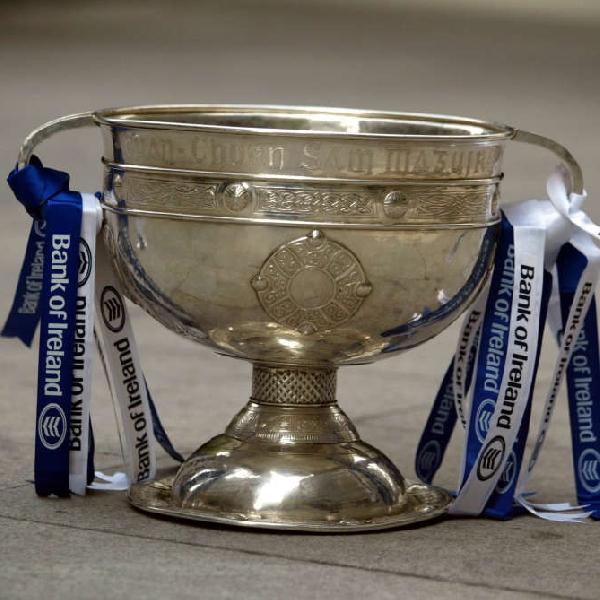 To be held on the 9th & 10th of July respectively

Galway beat Armagh on penalties yesterday to advance to the All-Ireland football semi-finals.

Their quarter-final tie finished level at 2-21 to 2-18 after extra-time, with the Tribesmen winning the shootout 4-1.

The game was marred, however, by a mass brawl at the end of normal time.

In the other last eight tie at Croke Park, Kerry beat Mayo by 1-18 to 13 points.

Derry will play Galway on Saturday the 9th of July - with kick-off in Croke Park at 5.30pm.

The UPMC senior hurling championship began on Saturday with a Preliminary Round.

Coill Dubh pulled off a surprise when beating last years beaten finalists Celbridge by 0-19 to 1-12 in St Conleth's Park.

Celbridge led at half time and netted the games only goal, but failed to score in the last 19 minutes.

The second game confirmed Naas as favourites to achieve the four in a row this year.

Kildare Camogie are out of the All Ireland intermediate championship, with one game against to play.

In Ladies football, the Under 17 league finals saw titles for Kilcullen in Division 1, Balyna in 2, Suncroft in 3, Rathangan in 4, Celbridge in 5 and Naas in Division 6.

Meanwhile, the Kildare Under 16’s All Ireland “B” semi final vs Mayo is fixed for Wednesday evening at 7.30pm, in St. Faithleach’s, Roscommon.

Padraig Harrington held off a final day surge from Steve Stricker to win the US Senior Open last night.

The Dubliner finished on ten-under-par in Pennsylvania to win by a shot after a final round of one-over 72.

It's Harrington's first major title on the Champions Tour.

The Antrim golfer finished on level-par overall, in a tie for tenth.

In Gee Chun was the winner by a shot on 5-under.

Leona Maguire finished in a tie for 54th on 9 over.

Xander Schauffele took the honours at the Travelers Championship in Connecticut last night.

The American finished on 19-under-par overall to win by two shots.

Rory McIlroy was in a tie for 19th on nine-under, with Seamus Power one shot further back.

Former Ireland head coach Joe Schmidt is set to coach New Zealand this week ahead of their first test against Ireland on Saturday.

He's been drafted in after a Covid-19 outbreak in the All Blacks camp, with head coach Ian Foster one of those to test positive for the virus.

Ireland winger Mack Hansen has also returned a positive test and is isolating.

Meanwhile, Munster hooker Niall Scannell has been called into the Irish squad.

Andy Murray is one of the star names to take to Centre Court on the opening day of this year's Wimbledon tournament.

The two time winner comes up against Australian James Duckworth this evening.

England's Emma Radacanu says she's "ready to go" ahead of her opening match in the women's draw this afternoon.

Greek Maria Sakkari comes up against Zoe Hives of Australia at 4.15pm.

Paul Robinson & Kevin Kelly of St. Coca’s Kilcock were in the mens 1500 metres final, with Robinson just edged out of second place to win the Bronze.