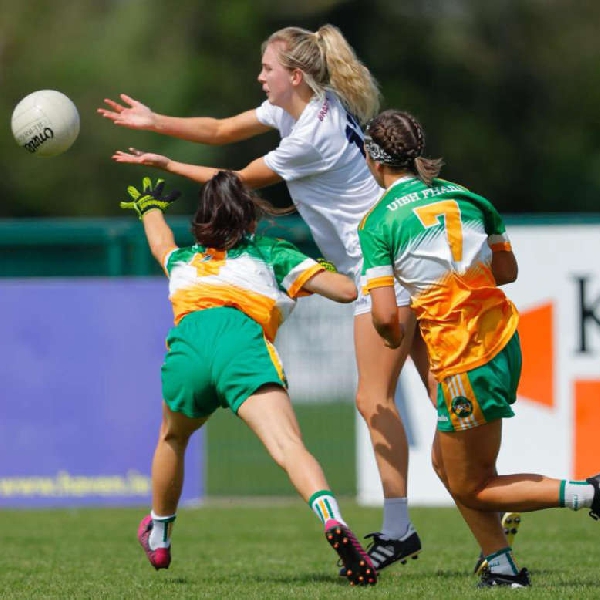 Six Kildare teams advanced to All Ireland final and semi finals and provincial finals over the weekend.

Yesterday, the senior women's footballers advanced to the Leinster Intermediate final with victory over Offaly.

The hurlers will play in this year's Christy Ring Cup final, thanks to a comprehensive 5-25 to 3-10 over Wicklow on Saturday.

They still have one more round robin game to play against Sligo next weekend.

On Saturday, the U20 footballers defeated Sligo by 0-12 to 0-7 to book their place in the All Ireland final, where they will play Tyrone who beat Kerry yesterday.

On Sunday at 2pm in , Kildare and Westmeath meet in the senior football semi-final.

Kildare GAA wants the U20 game to be on before the senior semi final.

The Kildare camogie side overcame Dublin in the Leinster Intermediate Championship in Abbottstown on Saturday afternoon by 0-16 to 0-12 and they will now play Meath in the decider next weekend.

Joe Quaid is the side's manager:

Manchester City's lead at the top of the Premier League is now three points with three games to play.

Pep Guardiola's side dished out a 5-0 hammering to Newcastle yesterday.

Everton moved out of the relegation zone thanks to their 2-1 win over Leicester.

Leeds are now in the bottom three after a 2-1 loss to Arsenal, while West Ham beat Norwich 4-0.

Four of the top five sides in the SSE Airtricity League Premier Division are in action tonight.

Rory McIlroy had to settle for a fifth-placed finish at the Wells Fargo Championship in Maryland last night.

He carded a final round of two-under 68 to end on four-under-par - four shots behind winner Max Homa.

England's Matt Fitzpatrick was among those in a tie for second on six-under.

The Dubliner registered six back nine birdies in a final round of eight-under 64.

But his ten-under total saw him finish one shot behind eventual winner Steve Flesch.

Red Bull's Max Verstappen has cut Charles Leclerc's advantage at the top of the Formula One drivers' championship to 19 points after winning the Miami Grand Prix.

The title holder crossed the line ahead of the current standings leader, with Carlos Sainz in third for Ferrari.

Lewis Hamilton was sixth - and is in the same position overall.

There's a seven race card at Roscommon today where the first goes to post at 4.25pm.