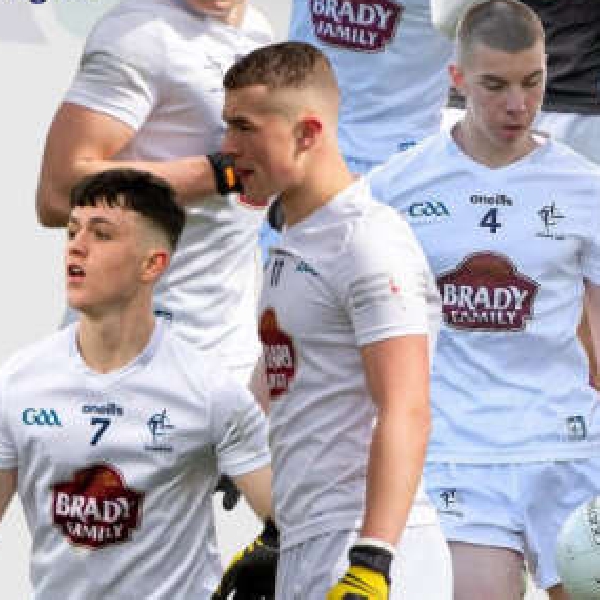 Manager Niall Cronin gave his reaction after the loss:

Armagh and Cork will be among the eight teams in the All-Ireland football quarter-final draw later this morning.

Mayo progressed this weekend, at the expense of Kildare senior footballers.

Clare, Derry, Dublin, Galway and Kerry make up the remainder of the quarter-finalists.

The Holywood native carded a final round of 62 to finish on 19-under-par in Toronto - two shots clear of Tony Finau in second.

It's McIlroy's second win of the season and he says he's enjoying his run of form:

Shane Lowry finished on nine-under and in a tie for 10th.

Liverpool have reached an agreement to buy striker Darwin Nunez from Benfica.

In a statement, the Portuguese club say a deal has been signed with a €75 million fee - plus add ons - will take the fee up to €100 million.

The 22-year-old is expected to have his medical today ahead of the move.

Shane Duffy and John Egan will both miss the Republic of Ireland's Nations League clash with Ukraine tomorrow.

Duffy is suspended, while Egan has left the squad due to family reasons.

QPR defender Jimmy Dunne has been called in as cover by manager Stephen Kenny.

There are a couple of major clashes down for decision in the Nations League this evening.

In League A, it's a repeat of the 2018 World Cup final as France play host to Croatia.

Kick off is at 7:45pm while at the same time, Austria travel to Copenhagen to take on Denmark.

There's one game in League B with Iceland taking on Israel, also at 7.45pm.