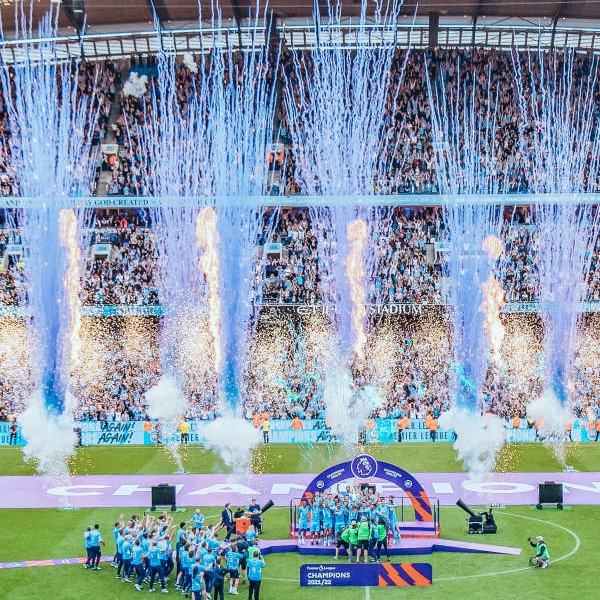 Manchester City are the Premier League champions for the fourth time in five seasons.

Two goals from substitute Ilkay Gundogan helped them come from 2-0 down to beat Aston Villa 3-2 yesterday.

City finished a point ahead of Liverpool - who claimed a 3-1 victory over Wolves.

At the other end of the table, Burnley suffered relegation after a 2-1 defeat to Newcastle, with Leeds retaining their status thanks to a 2-1 win over Brentford.

Just a day on from the departure of their manager, the Bit O'Red take on Derry City in the SSE Airtricity League Premier Division.

Leaders Shamrock Rovers are away to Drogheda United while Finn Harps play Dundalk.

Elsewhere, there are two Dublin derbies as St Pat's play host to Bohemians and UCD go up against Shelbourne at Tolka Park.

Cork are through to the All-Ireland series of the hurling championship.

Their 3-30 to 1-24 win over Tipperary was enough to secure third place in the Munster championship.

Waterford are out after suffering a 3-31 to 2-22 defeat to Clare in Ennis.

In football, Offaly booked their place in the next round of the Tailteann Cup thanks to a 3-11 to 2-13 win over Wexford.

The draw for the first round of the All-Ireland football qualifiers will take place later this morning.

Reigning All-Ireland champions Tyrone are among the counties in the draw.

He beat Will Zalatoris in a three-hole play-off to win the US PGA Championship.

Both players finished at five-under-par at Southern Hills, with Thomas' total of two-under in the play-off enough to take the title.

Rory McIlroy was in eighth on two-under, with Seamus Power one shot further back.

The world number one begins at Roland Garros against Yoshihito Nishioka (Yo-she-heat-oh Nee-she-oka) of Japan.

Before that, 13-time winner in Paris, Rafa Nadal, kicks off his campaign with a game against Jordan Thompson at 2pm.

The first of seven races goes to post at 4.30pm.