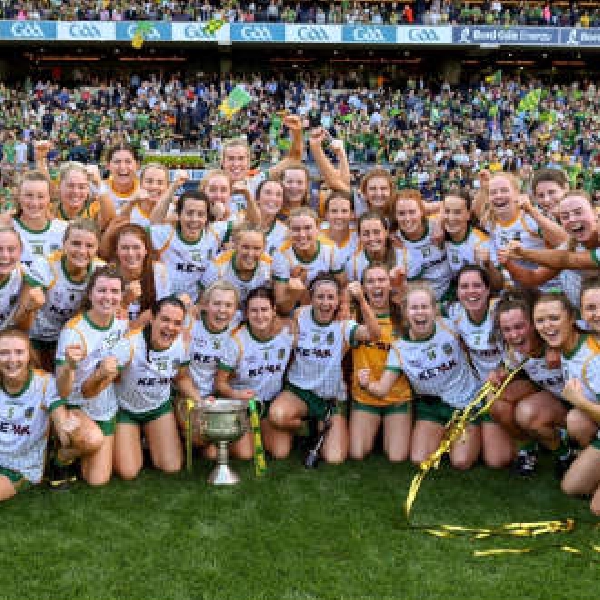 Racing in Naas this afternoon

Meath are the 2022 All Ireland Senior Ladies Football Champions for the second year in a row.

Vikki Wall - who is due to join the AFLW later this year - played another key role scoring 3 points to help her side to victory.

Laois picked up their first Intermediate title since 2000 with a 2 point win over Wexford, finishing 1-13 to 1-11.

The O'Moore County had lead at 10 points during the second half but held on, to go up to senior next year.

Antrim and Fermanagh will have to do it all over again on the 13th of August.

Their Junior final finished level at 1-13 a piece as Orlaith Prenter came to the rescue with a late point for the Saffrons.

5 minutes, into the second half of extra time, England's Chloe Kelly scored sealing a win for the Lionesses.

We are delighted to announce that the entire @Lionesses team and Head Coach Sarina Wiegman will receive the Freedom of the City of London, following their triumphant 2-1 win against Germany at @wembleystadium last night. @FA #WEURO2022 #womensfootball https://t.co/eBP9gp6g6d pic.twitter.com/FbthVM7Auw

There's one game in the English Championship this evening.

Watford were relegated from the Premier League last season and begin life in the second tie with a game against Sheffield United.

Kick off at Vicarage Road is at 8pm.

There are two race meetings down for decision today.

There's a seven racecard on the track in Naas, getting underway at 2.10pm.

Meanwhile the first of seven goes to post in Cork at 2.30pm.

The world of basketball has paid tribute to one of the best ever, following the passing of Bill Russell aged 88.

The Boston Celtics legend won 11 NBA titles in 13 seasons at the Garden, holding a place in Basketball's Hall of Fame.

Jaylen Brown thanked the centre for "paving the way and inspiring so many" while NBA commissioner Adam Silver called him "basketball's Babe Ruth".

Today, we lost a giant.

As tall as Bill Russell stood, his legacy rises far higher—both as a player and as a person.