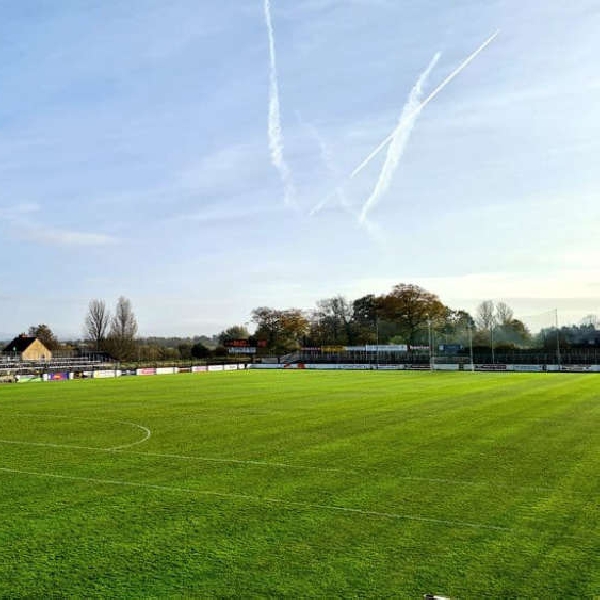 This morning's Kildare Today will review all games.

The semi final line-up for this year’s Joe Mallon Motors SFC has been completed following the weekend’s games.

On Saturday, Celbridge booked their place in the last four with a 1-9 to 0-8 win over Johnstownbridge.

There was a double header in St Conleth’s Park yesterday afternoon.

Reigning champions Naas produced a superb comeback in the second half to beat Sarsfields in the last quarter final tie.

Trailing by 6 points at the break, Naas turned it around to run out eventual 1-14 to 1-11 winners.

The semi final pairings are Clane vs Athy and Naas vs Celbridge with those games to take place in a couple of weeks time.

Arsenal manager Mikel Arteta believes his side will bounce back from their first loss of the Premier League season.

The Gunners remain top of the table - but suffered a 3-1 defeat to Manchester United yesterday.

Arteta says it was a tough result to take considering their performance.

Elsewhere, Brighton's fine start to the season continued with a 5-2 win over Leicester.

The Foxes remain rooted to the bottom of the table with just one point from six matches.

There's one game in the English Championship this evening.

Middlesbrough play host to Sunderland with kick off at the Riverside Stadium at 8pm.

The runner-up knocked the world number one out in four sets overnight.

He'll face another Russian next in Karen Khachanov.

In the women's draw, fifth seed Ons Jabeur is safely through after a straight sets win over Veronika Kudermetova.

Rafa Nadal faces a tough challenge as he aims to book his spot in the quarter finals today.

The Spaniard goes up against the 22nd seed, Frances Tiafoe.

In the women's singles, top seed Iga Swiatek  takes on Jule Niemeier of for a place in the quarter finals.

Leona Maguire racked up another top ten finish with a strong showing at the Dana Open on the LPGA Tour.

The Cavan woman battled back from a double bogey on the first hole to card a final round 69 and finish on 13 under par.

She ended up five shots off the eventual winner Gaby Lopez of Mexico.

There's an eight-race card in this evening.