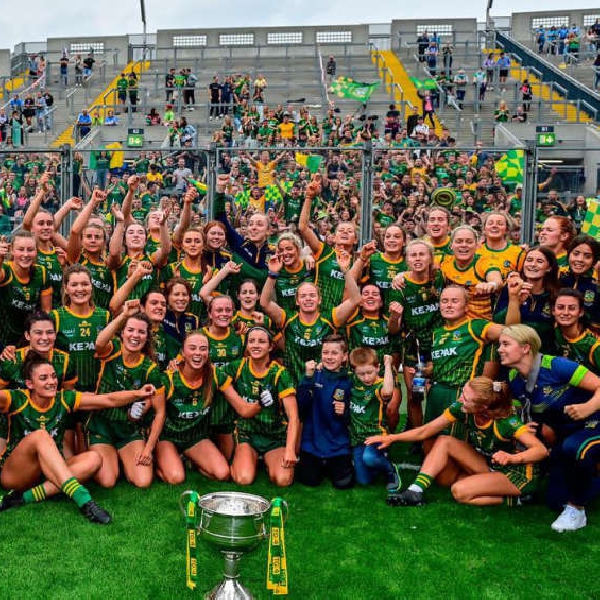 Meath captain Niamh O'Sullivan believes they can achieve more success in the years ahead.

The Royals yesterday claimed a first-ever Senior title with a two-point defeat of Dublin at Croke Park.

It's their second successive championship title after claiming the Intermediate crown last year.

O'Sullivan says they will savour their latest success before turning attention to the future:

Westmeath are back in the top tier after winning the Intermediate title with a final win over Wexford.

Wicklow clinched the Junior crown after a 2-17 to 1-9 win over Antrim.

Last night's World Cup qualifier between Brazil and Argentina was abandoned after just 5 minutes - with health officials taking to the pitch due to an alleged breach of Covid-19 protocols.

The President of Brazil's health agency says four Argentina players will be fined and deported for allegedly not following the country's Covid protocols.

Under Brazilian rules, visitors who have been in the UK in the 14 days before entering the country must quarantine on arrival.

A hamstring injury has ruled Seamus Coleman out of the Republic of Ireland's clash with Serbia tomorrow.

Cyrus Christie has been called into the squad.

England maintained their 100% record in qualifying for the 2022 World Cup in Qatar with a comfortable 4-nil win against Andorra.

Gareth Bale's hat-trick helped Wales to a 3-2 win over Belarus in Group E.

Elsewhere, Shane Ferguson's goal was the difference as Northern Ireland beat Estonia 1-0 in an international friendly.

Europe hold a 9-7 advantage heading into the final day of the Solheim Cup.

5 points from today's 12 singles matches will see Catriona Matthews' side retain the trophy.

Leona Maguire has been drawn against Jennifer Kupcho.

Last night, Maguire and Mel Reid earned a half-point against Kupcho and Salas in their fourball encounter.

American Patrick Cantlay held off the challenge of world number one Jon Rahm to win the season-ending Tour Championship in Atlanta last night.

He finished on 21-under-par after carding a final round of 69 to also clinch the $15 million dollar FedEx Cup title.

Rory McIlroy finished in a tie for 14th on 7-under.

Men's fourth seed Alexander Zverev bids for a place in the US Open quarter-finals later.

He takes on Jannik Sinner of Italy at Flushing Meadows this evening.

In the women's singles, seventh seed Iga Swiatek goes up against Belinda Bencic of Switzerland.

There's an eight-race card at Galway today where the first goes to post at 4.05pm.