Naas Hurlers Through To The Leinster Semi-Finals; St. Pat's Are FAI Cup Champions 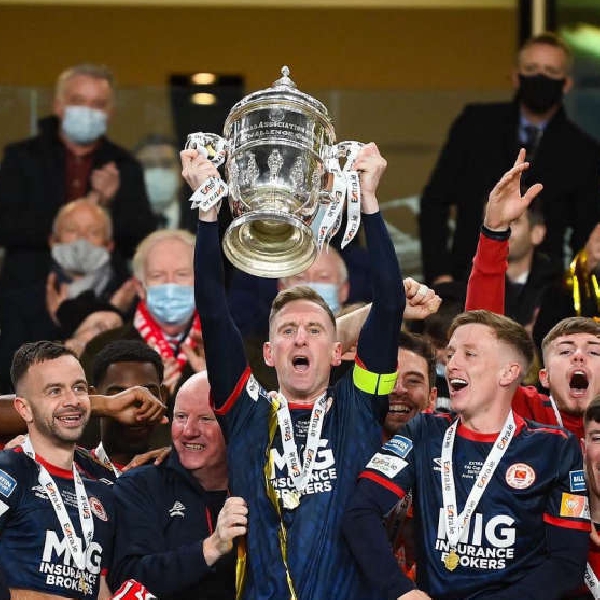 St Patrick's Athletic are the Extra.ie FAI Cup champions for the first time since 2014.

Their decider with Bohemians finished up 1-1 after extra-time at the Aviva Stadium yesterday.

Jason McClelland, Billy King, Ronan Coughlan and Robbie Benson then all scored penalties for the Saints to see them win 4-3 on spot kicks.

That's after they dropped points at Stamford Bridge yesterday, drawing 1-1 with Manchester United.

Jadon Sancho sent the visitors into a second half lead before Jorginho equalised from the spot.

Manchester City are second meanwhile after a 2-1 win over West Ham at the Etihad Stadium.

Ilkay Gündogan and Fernandinho both scored there for the champions.

Leicester City beat Watford 4-2 at the King Power Stadium, while Brentford enjoyed a 1-0 win over Everton in London.

The Munster squad remain in South Africa today after a member of their camp tested positive for Covid-19.

In a statement yesterday, they said they will await further guidance from the health authorities before travelling.

It is not yet known if the positive case is of the new Omicron variant.

Naas are through to the semi-final of the AIB Leinster Club Intermediate Hurling Championship Semi-Final.
They beat Castleknock on Saturday, 1-21 to 1-6.
This morning's 'Kildare Today' will review the weekend's action.
SNOOKER

Mark Allen is in action at the UK Championship in York today.

The Antrim native takes on England's David Gilbert in the third round from 1pm.