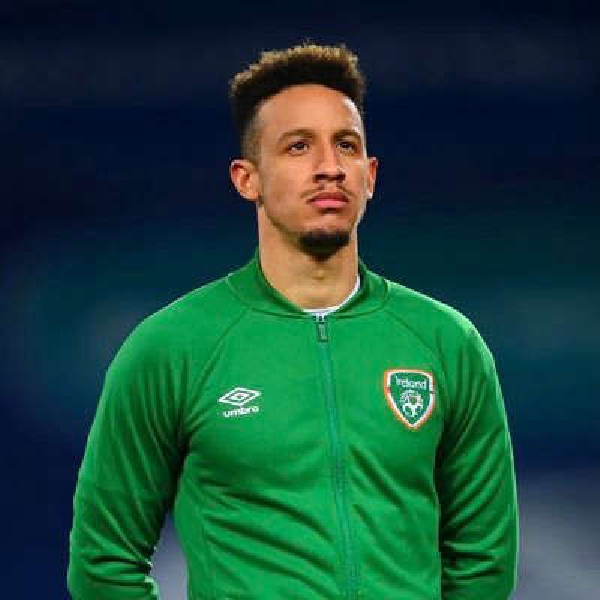 Rep. Ireland Callum Robinson has contracted Covid-19 twice, but has decided against receiving the vaccine

Republic of Ireland manager Stephen Kenny says he would prefer if his entire squad was fully vaccinated - but he's not going to exclude players who opt not to receive the vaccine.

Callum Robinson, who has contracted coronavirus twice, is among around 10 players in the Ireland squad who have opted against having the vaccine.

Kenny feels it would be “radical and complex” to leave players out who decide not to take it:

European champions Italy host Spain in the semi-finals of the Nations League this evening.

The sides meet at the San Siro in Milan following the Azzurri's win over their visitors in the Euro 2020 semi-finals.

Declan Rice and Luke Shaw are expected to return to full training with the England squad later.

The pair, along with Bukayo Saka and Ollie Watkins, were absent from yesterday's session but all four are expected back today.

Preparations are continuing for their World Cup qualifiers against Andorra and Hungary.

Former Republic of Ireland defender Damien Delaney thinks Manchester United are being held back by their manager Ole Gunnar Solskjaer.

The Red Devils were held to 1-1 draw by Everton in the Premier League last weekend, seven days after losing at home to Aston Villa.

Delaney says United's title chances are being hampered by not having a manager of a similar level to their rivals:

The former Munster and Ireland back-row has been appointed the contact skills coach at the PRO14 champions.

McBryde has been outlining Leamy's brief within the setup:

Last night, the draws for this year’s Leinster club football & hurling championships were made.

In junior football, Kildare champions will meet Wicklow champions on the 21st November.

In the junior hurling competition, the Kildare intermediate champions will play the Carlow champions, on the 21st November.

Donal Óg Cusack is among the favourites to be named the next Cork under-20 hurling manager.

Cusack left the position of minor manager last year, with his successor Noel Furlong delivering an All Ireland title of his own.

Both Furlong and Cusack are front-runners to replace Ryan.

Brian Dowling will remain in charge of the Kilkenny senior camogie team next season.

The 2020 All-Ireland winning boss was last night ratified for what will be his third year at the helm.

Kilkenny surrendered the O'Duffy Cup with a semi-final defeat to Cork this summer.

Positive talks are believed to have been held with England's players, who had expressed concerns about quarantine restrictions for their families.

Discussions with Cricket Australia are due to resume today.

The first goes to most at the Meath track at 1.15pm.