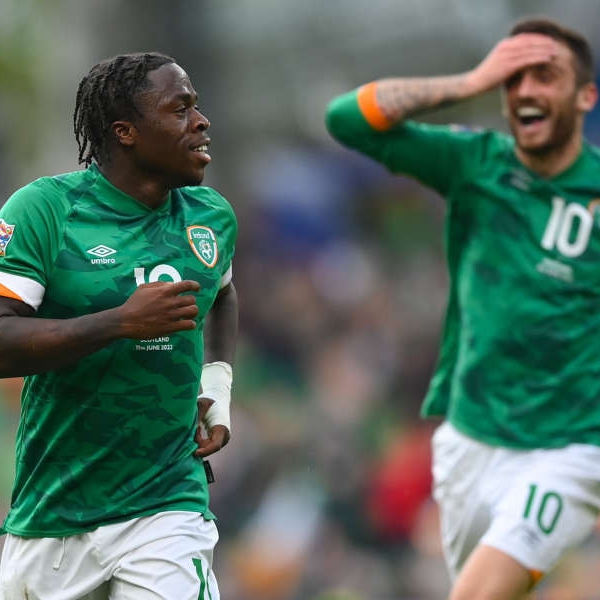 Leanne Kiernan has been ruled out of the Republic of Ireland's World Cup playoff next month.

The Republic of Ireland senior men's team will play Norway and Malta in a pair of international friendlies this November.

The FAI has confirmed Norway will visit the Aviva Stadium on Thursday, November the 17th.

The men's squad are continuing their preparations for Saturday's Nations League meeting with Scotland today.

The Scots are in action in Group E this evening.

They take on Ukraine at Hampden Park, where kick off is at 7.45.

Leanne Kiernan has been ruled out of the Republic of Ireland's World Cup playoff next month.

Liverpool have confirmed the 23-year-old striker is set to miss several months after suffering an ankle injury against Chelsea on Sunday.

A scan has revealed Kiernan may require surgery.

Vera Pauw's side will face either Scotland or Austria in the playoff on the 11th of October.

They are now into the A / B semi final.

Brian Colsh finished fourth in his men's single sculls quarter final, and will now race in the C/D semi-final.

Dessie Dolan is set to become the new manager of the Westmeath senior footballers.

The Garrycastle clubman is expected to have his appointment ratified at a county board meeting this evening.

Dolan will be joined by fellow All-Star John Keane as team coach.

The Taste of Kildare food festival is an added addition on both days.

Sunday’s Irish Cesarewitch two-mile contest is expected to have a maximum field of 30 runners.

The 30 runners will be matched with 30 Kildare pubs, who have each selected a local charity or community group to benefit.

Proceeds from the prize fund will go to the bars nominated charities, whose horses finish in the first 5.

The Wille Mullins trained 'El Barra' is the current favourite for the Kerry National at Listowel today, which goes to post at 4.20.

The first is off there at 2pm.