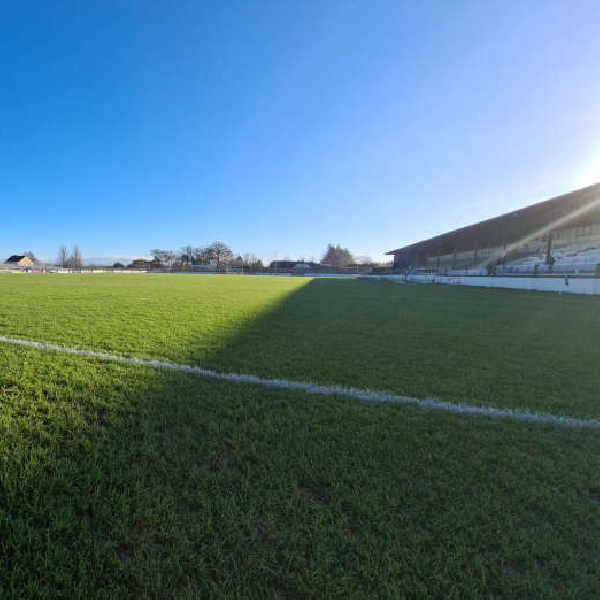 There are also 7 Premier League games down for decision today.

Kill booked their place in the final with a win over Grangenolvin in the semi final, while Straffan defeated Robertstown to advance to the decider.

Kfm will have live coverage of the match with Ger McNally.

Before that, at 1.30pm, Confey play Oliver Plunketts in the Minor C Football Final.

Premier League leaders Arsenal have a chance to extend their advantage at the summit when they host Tottenham in the north London derby at lunchtime.

A victory for unbeaten Spurs would see them replace their rivals at the top of the table.

Graham Potter takes charge of his first domestic fixture as Chelsea manager when they travel to Crystal Palace.

While the man who replaced him at Brighton, Roberto De Zerbi, begins his tenure with his new side facing Liverpool at Anfield.

Ulster’s winning start to the season was brought to an end by Leinster last night.

First half tries from Ryan Baird and Dan Sheehan helped Leinster to a 20-points to 10 win at Kingspan Stadium.

Connacht remain without a point to their name after their 28-14 loss away to the Vodacom Bulls.

Meanwhile, Graham Rowntree has made four changes to his Munster side following last week’s defeat away to the Dragons.

Eadestown's Tadhg Beirne starts while Athy duo Jeremy Loughman and Joey Carbery are in the replacements.

They welcome Zebre to Musgrave Park this evening, where kick-off is at five-past-5.

Padraig Harrington is best placed of the Irish heading into the weekend at the Alfred Dunhill Links Championship.

He plays the Old Course at St Andrew’s today, teeing off from 4-under par.

Rory McIlroy returns to the scene of his Open Championship disappointment, starting the day on 1-under.

While Shane Lowry and Jonathan Caldwell both resume on 5-over par.

Richard Mansell leads on 10-under, and he plays Carnoustie today.

There’s an eight-race card at Gowran Park this afternoon, where the first is off at quarter-to-2.