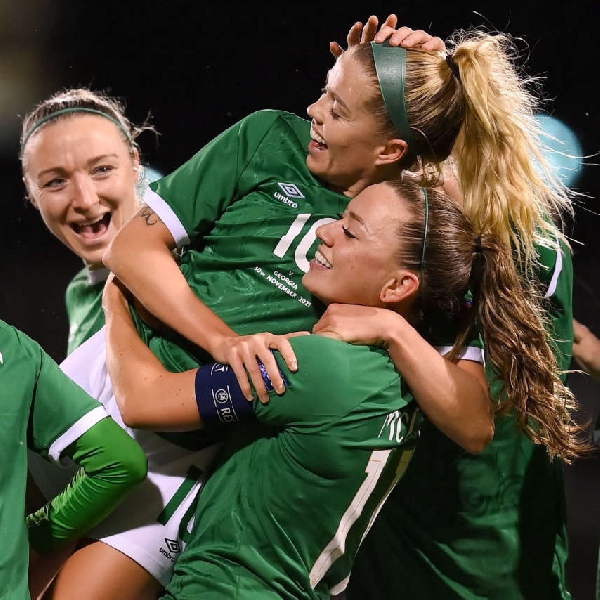 They beat Georgia 11- to move second in Group A of the World Cup qualifiers.

Captain Katie McCabe says the Girls in Green revelled in the difficult weather conditions:
 
Sweden top the Group and are the next opponents for Vera Pauw's side next spring.


Just days after guiding St Patrick's Athletic to FAI Cup glory, Stephen O'Donnell is being tipped to take over as the new manager of Dundalk.

That's after the Lilywhites parted company with Vinny Perth.

Bottom side Newcastle United were held to a 1-1 draw by Norwich City, as Ciaran Clark was sent off.

Tonight, Everton host Liverpool in the Merseyside derby from 8.15pm.

Champions Manchester City kick off at the same time against Aston Villa in Birmingham.

The other four games start at 7.30pm.

Leaders Chelsea are away to Watford, Southampton play Leicester, it's West Ham up against Brighton, and Wolves face Burnley.

34 of the Munster travelling party are set to arrive back in Ireland this evening.

That's after they returned negative Covid-19 tests after a fourth round of PCR testing in South Africa.

A further four positives were identified and a group of 14 will complete their isolation at a hotel in Cape Town.

The players that return home today will have to quarantine for 10 days.

Antrim's Jordan Brown takes on Anthony McGill in the last 16 of the UK Championship in York later.

There is a meeting on the all weather today at Dundalk, with the first off at 1.40pm.