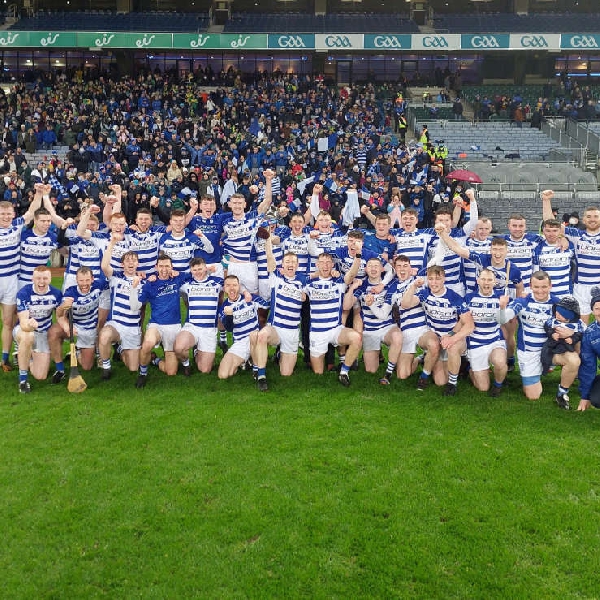 Ballyhale beat Castletown Geoghegan of Westmeath by 5-25 to 0-15.

Elsewhere, St Mullin's of Carlow were 1-19 to 1-17 winners over Ferns St Aidan's of Wexford.

And Kilmacud Crokes of Dublin beat Clough Ballacolla of Laois by 2-18 to 1-12 at Parnell Park.

All-Ireland club football champions Kilcoo have made a positive start to their Ulster Championship campaign.

The Down champions beat Monaghan's Ballybay by 2-14 to 1-7 in their quarter-final clash in Clones.

Cargin of Antrim overcame Donegal's Naomh Conaill on penalties, after the side's played out a 2-13 apiece draw after extra-time.

In the game currently ongoing, Tyrone's Errigal Ciaran lead Glen of Derry by 1-4 to 2-0.

In Connacht, Westport of Mayo suffered a 3-18 to 1-11 defeat to Galway champions Moycullen.

The Galway champions beat Mayo's Burrishoole by 1-15 to 0-4 in Charlestown this afternoon.

Two first half goals have given Derry City control of this year's FAI Cup final.

Jamie McGonigle and Cameron McJannet both hit the net to give the Candystripes a 2-nil lead over Shelbourne.

The game is heading into the second half at the Aviva Stadium.

Danny Ings has scored twice to give the visitors a 2-1 win over Brighton approaching full-time at the Amex.

From half four, Manchester United take on Fulham at Craven Cottage.

The Galway champions beat Mayo's Burrishoole by 1-15 to four points in Charlestown this afternoon.

Padraig Harrington has a five shot lead ahead of the final round of the Charles Schwab Cup Championship this evening.

He leads New Zealand's Steven Alker in second while Darren Clarke is in a tie for 21st on 4 under par.

A win in the season ending tournament today would be Harrington's fourth on the Champions Tour this year.

The three time major winner will return to the course at half 7 this evening.

Leona Maguire and Stephanie Meadow will start today's final round of the Pelican Women's Championship five shots off the lead.

The Irish pair are tied for 13th on 5 under par after yesterday's second round.

Both players tee off shortly.

American Allisen Corpuz leads by one in Florida at 10 under par.

The death has been announced of former Munster head coach Jerry Holland.

The 66-year-old was the province's first head coach of the professional era.

He also represented Munster, Leinster and Ireland as a player, plying his trade in the second row.