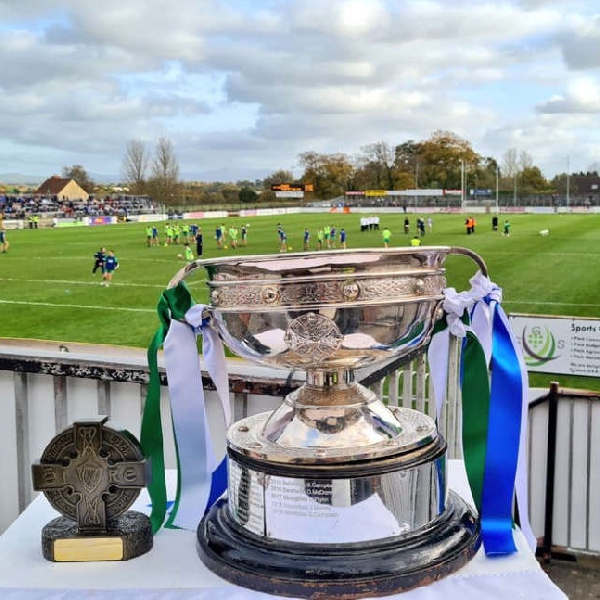 Sallins and Castledermot aim to advance to the IFC final.

The first place in the final of this year’s Joe Mallon Motors SFC is up for grabs this afternoon.

Reigning champions Naas play Celbridge in St Conleth’s Park at 4pm and Kfm will have live commentary with Ger McNally and Philie Wolfe in association with Pat Keogh Skoda, Ballybrittas.

Elsewhere, Ballyteague await the winners of Sallins and Castledermot in the final of the Auld Sheeben Athy IFC.

The two sides meet in the semi final at the county grounds at 2pm.

Yesterday, The Larks defeated Caragh on a scoreline of 0-14 to 0-9.

We also now know there will be a local derby in this year’s final of the Tom Cross JFC.

Straffan and Kill both advanced to the decider following wins earlier this weekend over Robertstown and Grangenolvin respectively.

There are two games in the Premier League this afternoon.

Brentford are up against Arsenal in the early kick off, while at 2.15 it’s Everton vs West Ham.

Sportsbeat will keep you updated across the afternoon in association with Conlan’s Family Store, Athy.

And there's racing in Listowel today.

The first of 7 races at the Kerry track goes to post at ten past 2.