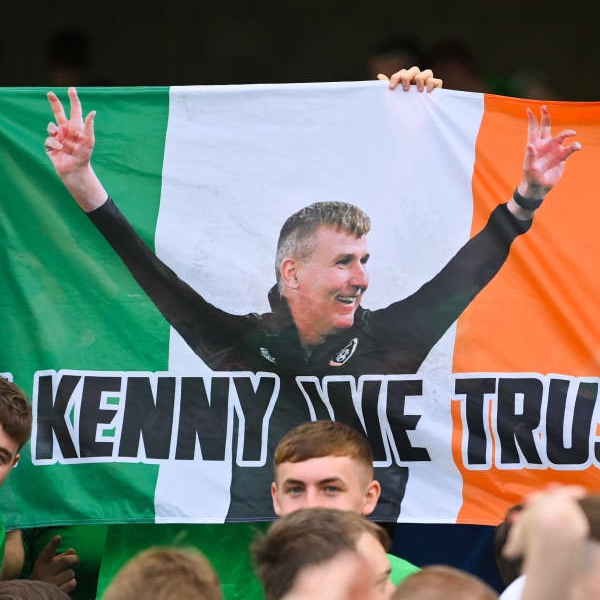 Preston North End's Robbie Brady has been rewarded for his promising early-season form, with Stephen Kenny recalling him to the squad for the first time in over a year.

Kenny has named a 24-man group for the UEFA Nations League matches against and .

defender, Leixlip’s Andrew Omobamidele also comes back into the squad for the first time since recovering from injury, his last appearance for coming against in November 2021.

goalkeeper, Maynooth’s Mark Travers is one of three goalkeepers included, so too is Leixlip's Nathan Collins.

Ireland go to Glasgow for their UEFA Nations League tie at Hampden Park, Saturday, 24 September, at 7.45pm. Ireland will then return to Dublin to face Armenia in their final group game at the Aviva Stadium on Tuesday, 27 September, with kick-off at 7.45pm.

The Hoops are away to Gent of Belgium from 5.45 Irish time.

West Ham United are away to Silkeborg (pr: Silke-bor) of .

==
In the Europa League, Manchester United are in to play Sheriff at 5.45pm

==
UEFA might take action against Rangers for their tribute to the Queen before last night's Champions League match with .

The Ibrox club defied orders not to play the national anthem ahead of kick-off, which followed a minute's silence.

Junior and Intermediate semi finals and the first senior semi final between Celbridge and holders Naas are scheduled across the weekend.

Kfm will have live coverage of the various semi finals in association with Pat Keogh Skoda, Ballybrittas.

Rory McIlroy is two under through 14 holes of his opening round at the Italian Open.

Leona Maguire is in the field for the LPGA Tour's Portland Classic, which starts in later.

Maguire is due out just before 9pm tonight.

Today’s racing is in Naas from 2pm.