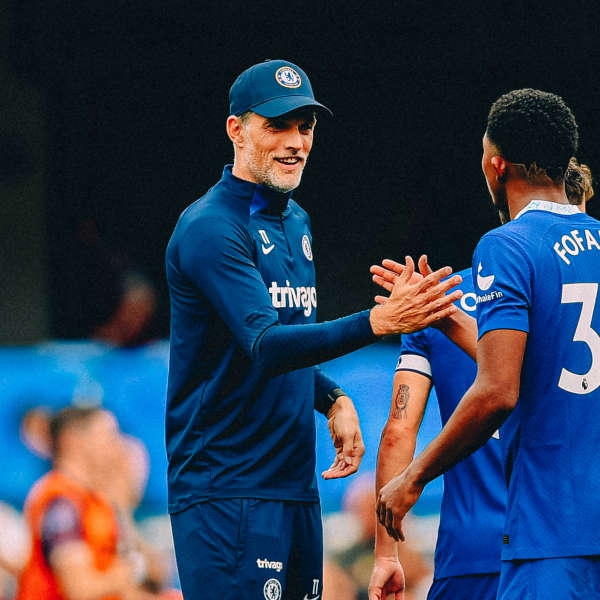 The side’s coaching staff will take charge of the team for training and the preparation of upcoming games.

The will issue no further comment until a new head coach appointment is made.

Chelsea have been given permission by Brighton to speak to their manager Graham Potter.

They have made it clear they are prepared to meet Brighton's exit clause figure if they come to an agreement with Potter.

The London club are also keen to speak to ex-Spurs boss Mauricio Pochettino and former Real Madrid manager Zinedine Zidane - who are both out of work.

Chelsea lost to Leeds United and Southampton in the Premier League and then suffered a 1-0 defeat to Dinamo Zagreb in their Champions League group stage opener last night.

Tuchel was appointed Chelsea manager in January 2021 and guided the club to Champions League glory in his first season.

The new ownership group of the club, led by American Todd Boehly, say they believe it's the right time to make a transition 100 days into their ownership.

Thiago is set to return for Liverpool tonight in their Champions League Group A opener away to Napoli.

Kick off is at 8pm, with the other game in that group involving Ajax and Rangers beginning at 5.45pm.

Reds manager Jurgen Klopp says Naples is a tricky place to go - he has never won there:

Spurs host Marseille in Group D in North London from 8pm, with Lucas Moura the only absentee.

The other match in that pool sees Frankfurt up against Sporting.

And in Group B, Atletico Madrid play Porto, with Club Bruges to face Bayer Leverkusen.

Nominations for the PwC Ireland All-Star have been announced.

Kildare & Sarsfields forward, Ben McCormack has been nominated for a football All-Star.

All Ireland champions Kerry have 12 nominations for this year's PWC Football All Stars.

Beaten finalists Galway have 8 nominations, with Derry receiving 7 and Dublin 6.

The hurling nominations will be released tomorrow.

The All Stars will be announced on Friday October 28th.

Game between Athgarvan v Caragh was called off.

The semi-final line-up at the US Open will be completed tonight.