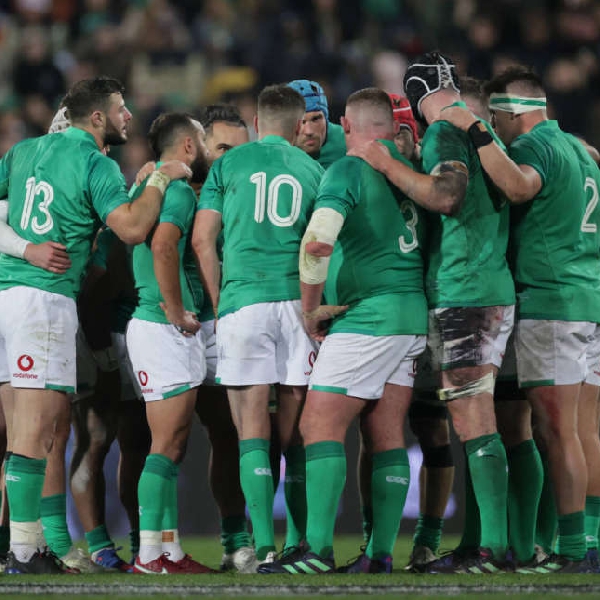 Athy’s Joey Carbery has been been left out of Ireland's squad for the opening rounds of the Guinness Six Nations, with Naas’s Jamie Osborne the only uncapped player in a 37-man group.

Carbery misses out to team-mate Jack Crowley and 's Ross Byrne, while Johnny Sexton captains the side.

Stuart McCloskey and Jacob Stockdale are among five Ulstermen to make the cut.

Dave Kilcoyne comes into the main squad for the first time since last season's Six Nations, with his team-mate Athy’s Jeremy Loughman injured, while injured pair Robbie Henshaw and Rob Baloucoune have also been left out.

Larmour, James Lowe and Rónan Kelleher are all included again. Gavin Coombes is recalled after an impressive six tries in his last eight games for .

begin their campaign away to in on Saturday February 4th.

For the first time, Premier League clubs make up more than half of football's Money League - a list of the world's top 20 sides according to their revenue.

lead the table for the second year running, bringing in more than 619-million pounds according to accountancy firm Deloitte.

They were followed by Spanish giants Real Madrid, while Liverpool, Tottenham, Manchester United and are among the other English top flight clubs to feature.

can cut Arsenal's lead at the top of the Premier League to five points should they defeat Tottenham Hotspur tonight.

Kick off at the Etihad Stadium is at 8pm.

==
The of women's team will play in a friendly international in next month.

Vera Pauw's squad will also meet in a behind closed doors training game.

==
Danny Ings is to join West Ham United from Aston Villa for a fee believed to be in the region of 12 million pounds.

The Hammers are third from bottom in the Premier League.

Seamus Power and Shane Lowry have both made excellent starts to the Abu Dhabu Championship on the DP World Tour.

The lead is held on 8 under par by 's Ryder Cup captain Luke Donald.

Padraig Harrington is 4 under par after 12 holes.

Nine-time champion Novak Djokovic is safely through to the next round of the Australian Open tennis.