Tuesday Morning: Arsenal To Play Man City In The Fourth Round Of The FA Cup 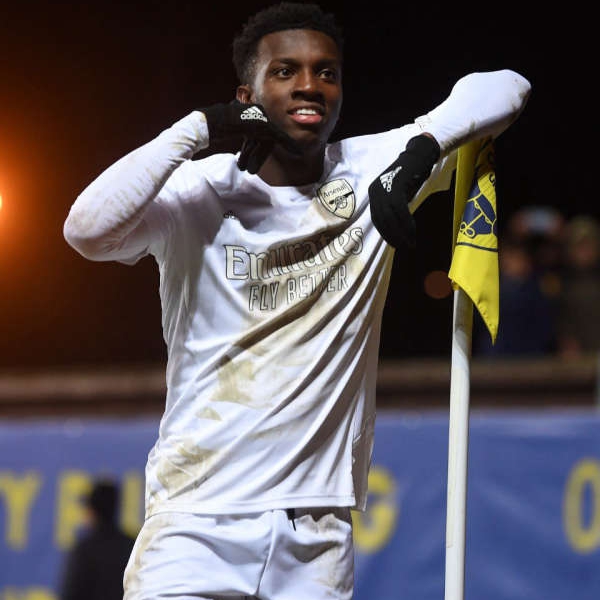 Arsenal will play Manchester City in the fourth round of the FA Cup after the Gunners beat Oxford United by 3 goals to nil last night.

Arsenal and City are the top two teams in the Premier League and meet in February - but Gunners boss Mikel Arteta says it won't be a case of the teams giving secrets away when they clash in the FA Cup beforehand.

Mikel Arteta discusses Fabio Vieira's performance against Oxford United, after the midfielder picked up two assists in an impressive second half 🗣️ pic.twitter.com/UzDHpqX1JO

United captain Bruno Fernandes is suspended, while new signing Jack Butland may get a start in goal.

Elsewhere, Newcastle United are up against Leicester City at St James' Park.

The Magpies are looking to bounce back after they were knocked out of the FA Cup by Sheffield Wednesday.

Both games kick off at 8.

France will have a new first-choice goalkeeper in their team when they face the Republic of Ireland in a European Championship qualifier in Dublin in March.

Lloris captained France to World Cup glory in 2018, and the last of his 145 caps came in last month's World Cup final.

Scoile Mhuire Clane play in the preliminary quarter final of the Leinster A Championship today, they play Moate Community School in Moate.

Kfm will have live updates with Kevin Egan.

=
Waterford's hurlers won't be able to play their Championship matches at Walsh Park due to its ongoing redevelopment.

Davy Fitzgerald's side will require another venue for the round robin matches.

Robbie Henshaw remains a doubt for the Six Nations Championship as he recovers from a wrist injury.

Mark Allen is in first round action at the Masters in London this afternoon taking on Barry Hawkins.

In the evening session, Mark Williams will play David Gilbert, with the winner to face Ronnie O'Sullivan in the quarter finals.