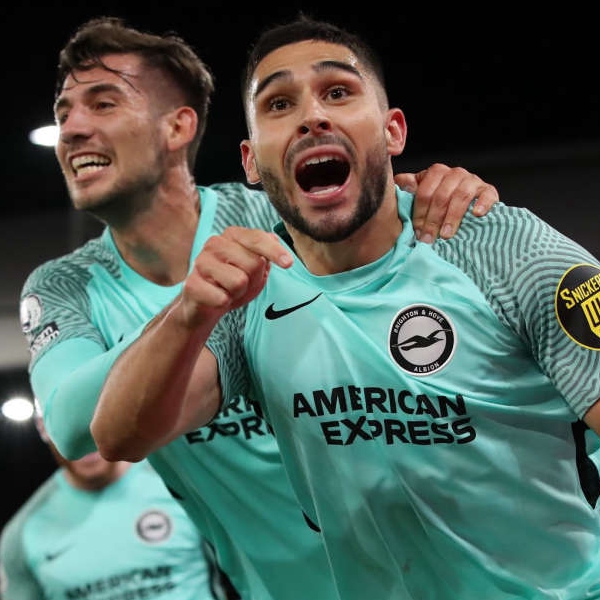 Dundalk manager Vinny Perth has praised the togetherness shown by his team after they moved out of the relegation places.

3 days after beating Sligo 4-1, the Lilywhites were 2-1 winners against Bohemians at Oriel Park last night.

The victory lifts Dundalk to 8th place in the Airtricity League Premier Division table, with Waterford dropping into the relegation playoff spot.

Brighton are a point off the top of the Premier League after clinching a 1-1 draw at rivals Crystal Palace.

Neal Maupay's stoppage time equaliser came after they conceded a penalty just before half time.

Albion still have just one defeat in the top flight so far this season, leaving their opponents with only a single victory.

Manchester City boss Pep Guardiola says he doesn't know what they can do to stop Paris Saint-Germain's front three.

The Premier League title holders are due to come up against the attacking force of Lionel Messi, Neymar and Kylian Mbappe in tonight's Champions League group stage tie in the French capital.

Guardiola says their game plan is simple:
 
Like City, Liverpool are looking to make it two wins from two in their away clash with Porto.

With leaders Bournemouth not in action until tomorrow, West Brom have the chance to go top of the Championship tonight by beating Cardiff.

Blackburn, who thrashed the Welsh side 5-1 at the weekend, head to Huddersfield.

Stoke look to continue their good start to the season when they face Preston away.

UEFA is dropping legal action against the three remaining clubs who are still committed to the European Super League project.

Real Madrid, Barcelona and Juventus had argued in court that attempts to punish them for setting up a breakaway tournament was against European competition law.

Adam Griggs' side suffered a last-gasp loss to Scotland on Saturday which ended their hopes of reaching next year's finals in New Zealand.

Doyle feels the defeat will set Ireland back for two World Cup cycles and he feels the IRFU now need to put more focus on the club game in the country.

Shane Ronanye has been ratified as Cork's new senior ladies football manager on a three-year term.

He has previously won two All-Ireland Intermediate titles with Tipperary and a couple of All-Ireland Clubs with Mourneabbey.

Ronanye was in charge of the Waterford senior men's football side last season.

2019 Open champion Lowry says he's focused on getting a pick for the 2023 event, and has cited Jon Rahm and Rory McIlroy as reasons for Europe to be optimistic.

McIlroy was emotional after the defeat in Wisconsin, but hopes to channel it in a positive way:
 

The going is good to yielding at Cork racecourse this morning ahead of an eight-race card at the track this afternoon.