Tuesday Morning: Clifford To Be Available For Kerry's All-Ireland Quarter Final With Mayo 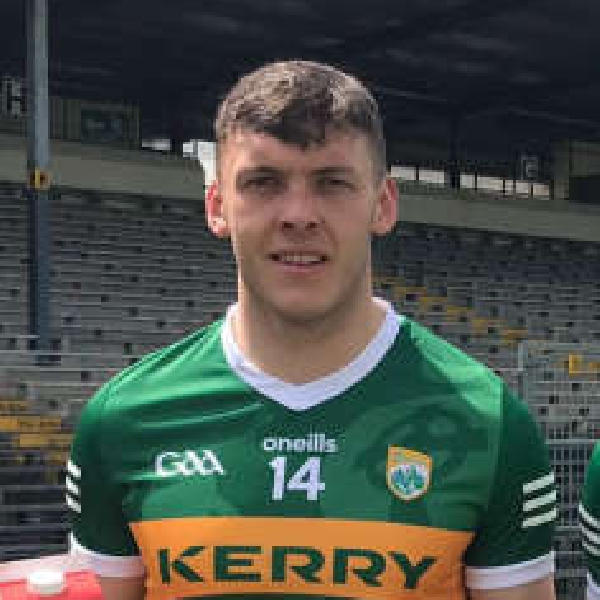 Clifford has returned to training

David Clifford looks set to be available for Kerry for this Sunday's All-Ireland football quarter-final against Mayo.

Their star forward is back in training according to manager Jack O'Connor.

Clifford missed the Munster final win over Limerick due to a calf injury.

Dylan Casey, however, is out for the rest of the inter-county season having undergone surgery on an ankle injury.

Galway's Gearóid McInerney will have his knee injury assessed again later in the week.

The centre back limped off in Saturday's win over Cork in Thurles and is in danger of missing for their semi-final against Limerick.

Bernard Flynn is understood to be among the names nominated to become Meath's new football manager.

A two-time All-Ireland winner with the Royals, Flynn has managed the county's under-20 side in recent years.

Meath are on the lookout for a new boss following the departure of Andy McEntee.

The Republic of Ireland under-21s will learn their opponents for the European Championship play-offs today.

Jim Crawford's side are bidding to reach the finals for the first time, having finished second in their qualifying group.

The draw takes place at 12pm in Switzerland.

The two-legged play-offs are scheduled to take place in September.

The draws for the first rounds of the FAI Cup and FAI Women’s Cup will take place at lunchtime.

The women’s draw will be first up at 12.30pm, for which holders Wexford Youths, and National League champions Shelbourne have received byes.

Sadio Mane is expected to finalise his move to Bayern Munich today.

The Liverpool forward is set to travel to Germany to undergo a medical.

It's believed the deal for the Senegal international is worth up to €41 million.

Rugby players will face an increased period of 12 days away from the game under new concussion rules.

Players with a history of concussion - or those removed from a match with clear concussion symptoms - will face the maximum time on the sidelines.

No player will be allowed to return to action earlier than seven days after a head injury.

This will take effect from July the 1st.

Daniel Wiffen will bid for a medal at the World Swimming Championships in Budapest this evening.

He's in action in the final of the 800-metre freestyle shortly after 5pm.

Wiffen set a new Irish record in qualifying from his heat yesterday.

Serena Williams brings her year-long exile from tennis to an end today.

The 23-time Grand Slam singles-winner partners Ons Jabeur in the first round of the doubles at Eastbourne.

Williams hasn’t played since retiring from her first round match at Wimbledon last year through injury.

The 40-year old has been granted a wild card for this year’s Championships, which get underway on Monday.

There’s a six-race card at Sligo this evening.