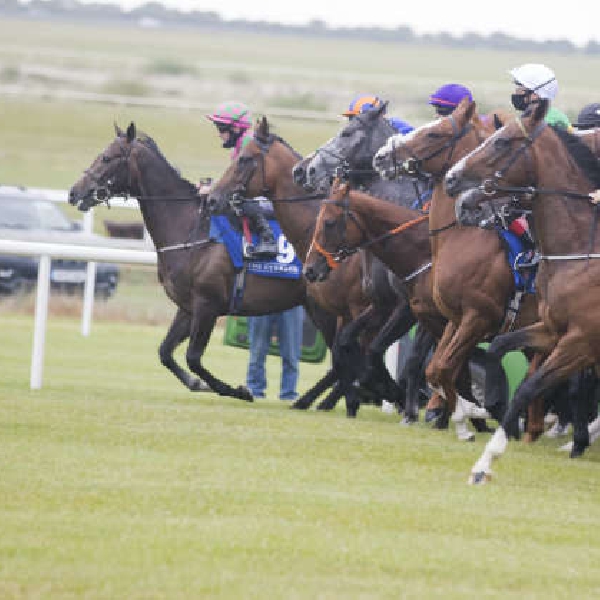 Aidan - one entrant, but both O'Brien sons represented too.

Aidan O'Brien will rely solely on his Epsom Oaks winner Tuesday as he bids to win the Dubai Duty Free Irish Derby for a record 15th time at the Curragh on Saturday.

His star filly, the mount of Ryan Moore, heads a field of eight runners for the weekend highlight with the main opposition set to come from the Ralph Beckett-trained Westover, bidding to improve on his third-placing in the Epsom Derby with champion jockey Colin Keane taking over in the saddle. David Menuisier’s Lionel, the mount of Jamie Spencer, is a second British-trained raider.

Hannibal Barca, winner of the Heider Family Stables Gallinule Stakes at the Curragh on his first start in last month, is Joseph O'Brien’s only runner while his brother Donnacha will be represented by Piz Badile. Paddy Twomey’s French Claim, the Andy Oliver-trained Glory Daze and Jim Bolger’s complete the line-up.

Ger Lyons’ Power Under Me looks the leading fancy for the 11-runner Listed Dubai Duty Free Dash Stakes which gets the eight-race card underway at 1.25pm on Saturday and his Marbling, along with the Joseph O'Brien-trained Night Of Romance, look leading players in the Dubai Duty Free Summer Fillies Handicap, another race with an 11-runner field.

Ten horses are set to go to post for the Listed Dubai Duty Free Celebration Stakes in which the Johnny Murtagh-trained Raadobarg bids to complete a hat-trick of wins, with 20 runners, including Michael Halford’s Start Line and the Johnny Feane-trained No More Porter, in contention for the Dubai Duty Free Handicap over eight furlongs.

The day’s finale is the Dubai Duty Free Handicap over 10 furlongs and Johnny Murtagh saddles another hat-trick seeker in the shape of Chicago Bear which is up against fellow recent winners, the Brian Duffy-trained Magic Chegaga and Jim Bolger’s Daylight Come in the 13-runner affair.

The ground at the Curragh ahead of the three-day fixture is: Good, Good to Firm in places. Possibility of 15-20 mm (approx) of rain from tomorrow through to Sunday according to Met Éireann.

The action kicks off on Friday with an exciting seven race programme followed by “The Party after the last Race” featuring Qween, the ultimate Queen tribute band.

Dubai Duty Free Irish Derby Day on Saturday will feature music acts throughout the venue with the Newbridge Gospel Choir welcoming racegoers at the start of the day, while NiteTrain, Bailey and Gordon and Roisin McAlindin will also perform during the afternoon. The superb Bunoscionn  who originate from Rathangan, will bring their lively brand of music to the Green Zone of the venue (), while “the party after the last” will feature the brilliant Smash Hits

Army Band, Chloe Agnew of Celtic Women will be accompanied by the Army Band to perform the Curragh of Kildare before the big race

Sunday is themed as a family day with eight top class races, while younger racegoers will be entertained in the  Kids Zone with lots of free activities featuring Junior Jockey Club, Marvin The Magician, Junior Einstein, face painters and giant games